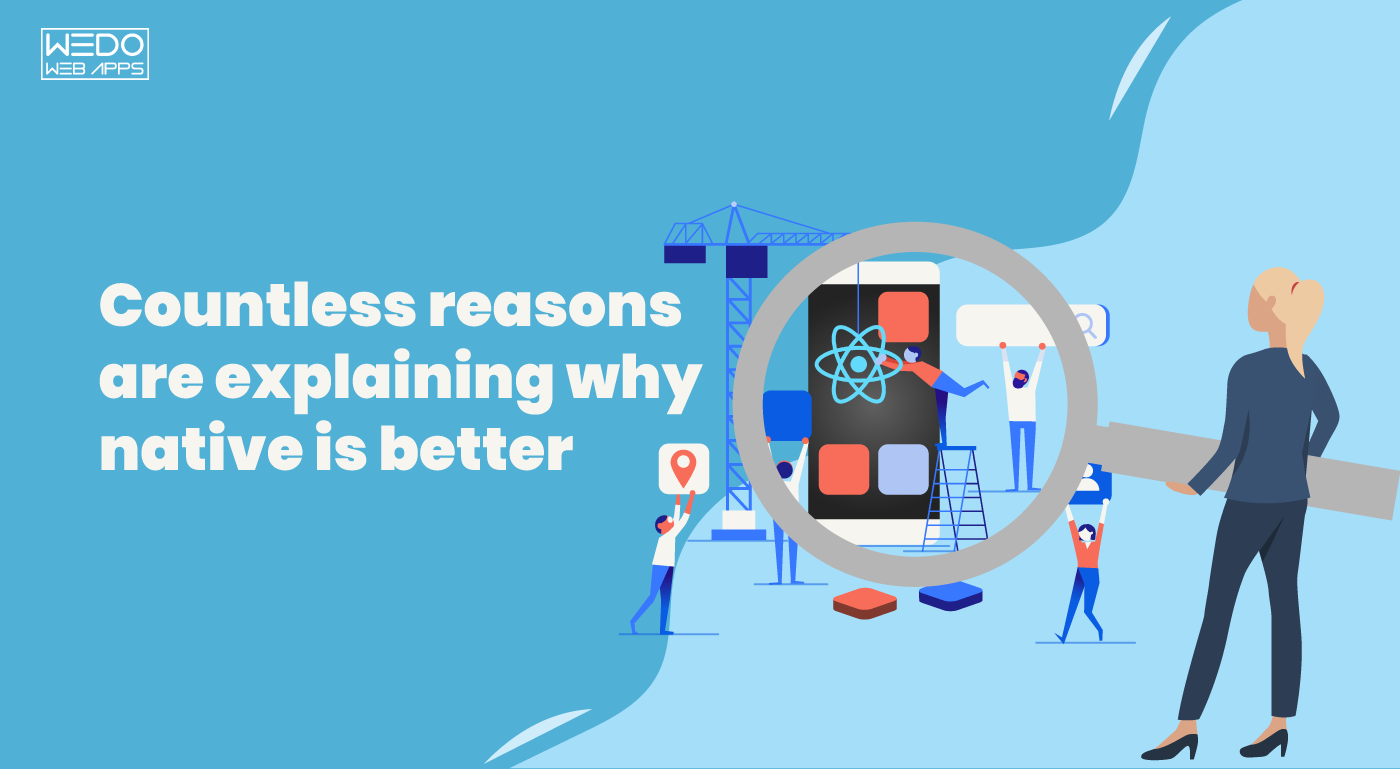 10 reasons explaining why you should choose native app development over hybrid!

Today, if you have a business idea, there is a probability that it may involve developing an app. No doubt, mobile apps are outpacing websites in every aspect like notifications, personalization, speed, and many other potential features, which makes it the preferred choice among entrepreneurs. However, businesses opt for native mobile app development as it integrates with an organization’s ecosystem.

What is a native mobile app development?

If you want to offer your customers a fantastic experience in terms of visual appearance and feel, then the native application is an ideal option for you. When an application comprehensively follows the commands for popular platforms, users quickly get to know the ways of using it.

Why Native App Development is an ideal choice for business?

When it comes to app maintenance, it is quite challenging to maintain native apps as compared to hybrid apps. In native applications, you need to update the app in the latest version and launch it every time. However, users can be notified with the update with great ease. More so, the users will have additional content whenever they update their app.

Therefore, gaming or messaging apps don’t require up-gradation continuously as compared to mobile shops or magazines, which is believed to be hybrid apps. In the end, everything relies on the app type!

As we know that most of the hybrid apps depend on just system browsers security to secure the data, but the cross-platform and native applications are protected by the layers operating system, which makes it hard to exploit. More so, these apps are dependent on any third-party network, optimizing official APIs, which are meticulously examined across different system versions. The long building of official SDKs, it’s possible that they can reduce ever-growing security problems to a certain extent.

It becomes tough to maintain two individual apps in a single code base than maintaining two apps in different codebases. With native apps, you will face fewer bugs; it is not dependent on a cross-platform tool like Xamarin and Cordova. Hybrid applications can access the hardware through an overpass that sometimes leads to slow-development of apps and make the user experience annoying.

And you’ll witness these issues when Android and Apple introduced their latest update in the operating system. Native app developers have access to SDK that allows them to develop the apps using the latest features of operating systems. Due to this, users can update their app and access the better features of the app.

It has been proved that native applications offer quicker, responsive, and excellent user experience. How? Earlier, Facebook and LinkedIn invested in HTML5, and latter, they were disappointed with their decision due to the high popularity of standalone native apps. The reason why native apps are quick, it is because these apps are written in a specific language to the ecosystem of the platform.

As native apps can access the unique elements and APIs that are utilized for various devices, they run seamlessly and efficiently. In contrast to this, hybrid apps are more reliant on browsers, which make them slower as compared to native apps.

Native apps can be configured promptly because they’re compatible with a single platform. Suppose, there are two native assignments; they’re entirely different, so don’t worry concerning the compatibility of app dependence between versions for various platforms. More so, you also get the liberty to utilize every new feature on a provided platform.

Therefore, with fewer restrictions, it becomes easy to scale the app. However, in case if you desire to merge the advantages of both native and cross-platform solutions, you may need to initiate the process natively; further, you can maximize a few small app modules with extra cross-platform code. This is a simple method utilized by giants available in the market, such as Facebook and Airbnb.

Native is the best platform for those who don’t have any connectivity to the data network. Organizers, planners, navigators, and even gamers can perform offline once the app is downloaded. HTML5 supports the in-browser caching, but still, you’re not so liberal like using a native app.

As we know that native apps are developed as per the particular platform, captivating, complete benefits of the features of the OS and the software. These apps can access the device hardware like camera, GPS, microphone, etc., which why native apps are quick, offering better user experience.

Another significant advantage of choosing native application development is push notifications that flow through the APNS (iOS server), for which you require your app bundle ID and similar with Google’s Cloud Messaging (GCM).

iOS and Android are the flagship product of both the giants; they can assist and enhance the entire platform as well as developers. No doubt, these platforms thoroughly help native applications; they will quite stable in terms of maintenance, usage, and app development. It makes sure that users face fewer crashes and glitches, allowing the app to function smoothly.

When it comes to the native platform, UI or UX are mostly unified, allowing users to learn the app without any hassle. On this platform, the UI will be standard in the native applications. Thus, it reduces the learning curve for the people and enables them to understand the navigation of the user easily. User experience is also enhanced due to the improved performance of the app. During the time of development, developers find it easy to apply the best practices. This is the reason why native app provides better UI and UX as compared to hybrid apps.

This is the most crucial factor for developers as well as new entrepreneurs both at once. Deciding on the points mentioned above, we can say that native app development will be a little costlier than hybrid apps- that enable you to spend a fixed amount and spend more on promoting the app. For the first time, these apps will cost you more as well as consume time for developing. But as you know that native apps provide better user experience, so these factors are quite reasonable. More so, you need to spend a little amount on the launch of the app as well.

However, in the end, you won’t regret it because native apps provide better ROI as compared to hybrid apps that are launched for free.

Do you want to offer your customers an app that features high scalability and readability? Go for native app development. It would help if you chose better between the native app and hybrid app as per your business requirement. However, if you’re not focused on user experience and looking for something affordable in the market, then hybrid application development is the right choice.

Native app development is an application that runs on particular devices and platforms. For developing the native app on Android, Java or Kotlin are used and iOS objective-c and swift are used. Why choosing Android Application Development Company is an ideal option?
How to create a web application using react js?