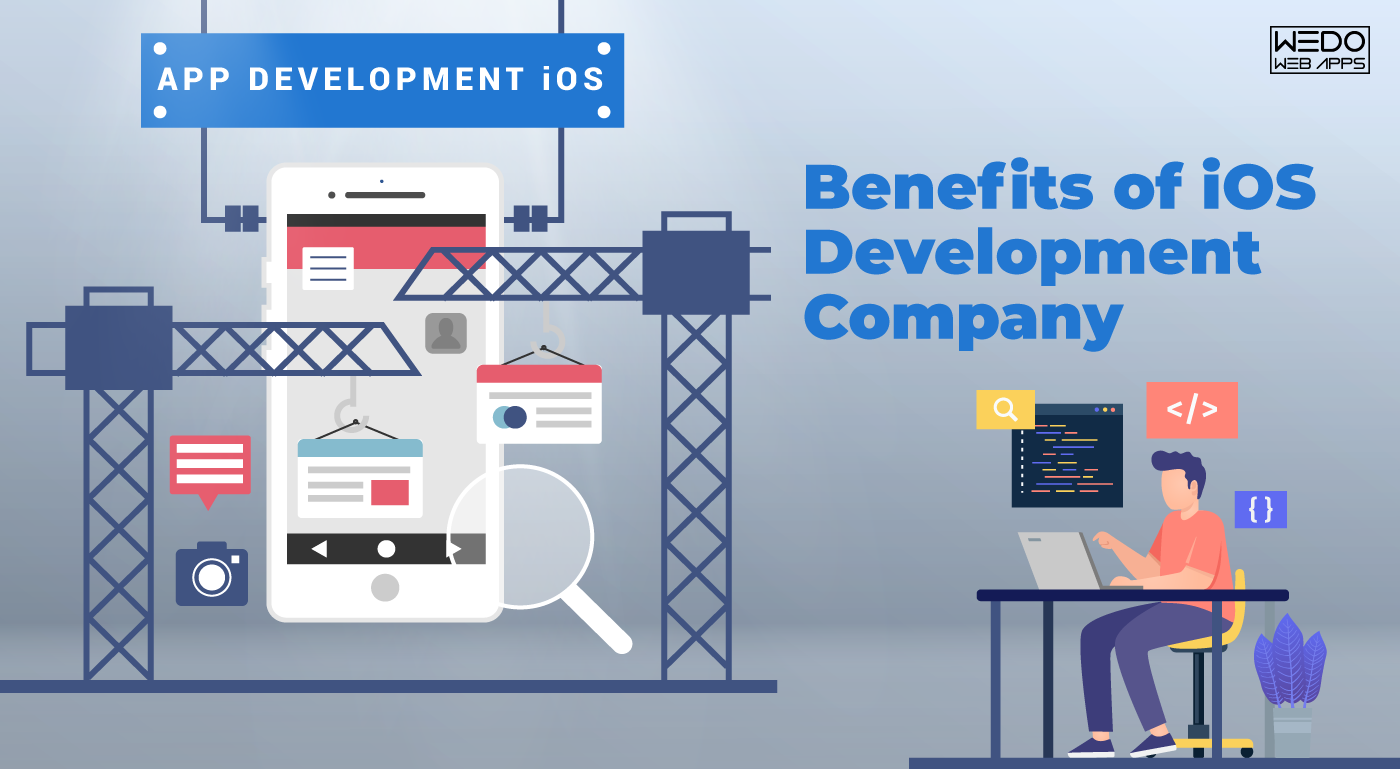 Apple is one of the biggest consumer electronics companies in the world. One of its biggest products is the iOS operating system. It is beautifully designed and lives up to the expectations of the users. iPhone and iPad are some of the most used mobile devices by users across the world. Perhaps, this is the reason why there is an increase in the people looking for the services of App Programming iOS.

Looking at the surge in the demand and popularity of iOS devices, it can only be said that the market for iOS is only going to evolve. Customers are leaning towards iPhone and iPads more and more with each passing day. So it becomes necessary and inevitable to have an iOS app at your disposal so that it can help the business grow stronger and more powerful

Seeing as iOS is one of them most popular operating systems in the world, iOS App development becomes inevitable for businesses. Having one’s own iOS app could mean the imminent growth of the business and its popularity too. There are several companies that provide these kinds of services.

The services differ according to the companies, but a majority of them are nearly identical in most of them. So, only the common ones have been explained in the following subsections. Below is the list of services that businesses get with App Programming iOS.

Native Apps are those apps that are made for the iOS platform. These apps are created using the development languages and tools which are supported on iOS. For example, XCode, Objective-C, and Swift are the supported languages. These apps are great in performance due to the access they have to the device hardware and features is enough.

Instead of the supported technologies that we discussed in the above section, hybrid apps are built in a different way. Standard web technologies like JavaScript, CSS, and HTML5 are used in hybrid iOS apps development. The final code of the app is built into a local container and it is shipped as a normal app. The good thing about this is that such apps can run on other OS along with iOS.

The iPad ruled the tablet segment as of now. Android is no doubt ruling the smartphone segment, but Apple stands tall when it comes to tablets. The increasing popularity of iPad has led business to develop iPad apps as well. These apps guarantee that the business is given more visibility as well as a continuous growth.

These companies have some of the most creative designers at their behest. They are thoroughly experienced in their field of work and deliver top-notch results. Clients get to experience the dynamics and elegance that the developers put in designing an iOS Application. Keeping in mind the target audience, they design the app in such a way that it keeps them engaged and for a long time.

When the design, testing, and everything related to the development is over, the app is put into operation. No one can say with perfect surety that the app is going to work in the way it is supposed to. There may or may not be a problem. But if such a thing happens, then it is best to have an iOS development company at the side. They have support teams at the ready to help you out. Support is available 24/7 in case any discrepancies arise. They also keep the app up to date with latest iOS features post deployment.

iOS being one of the leading operating systems in the world, has a lot of benefits. iOS App Development grants the businesses a plethora of features and accessibilities. Now, the benefits and features depend on the company that one hires. But as iOS is at the core, some of the advantages are common for all the apps. Here are some of the best features and benefits that one gets from App Programming iOS.

As one can see from the list above, App Programming iOS Services are very much necessary in order to develop iPhone and iPad apps. The benefits are far better with the iOS operating system on smartphones and tablets. With this post, you can understand the concept clearly and also know the benefits.