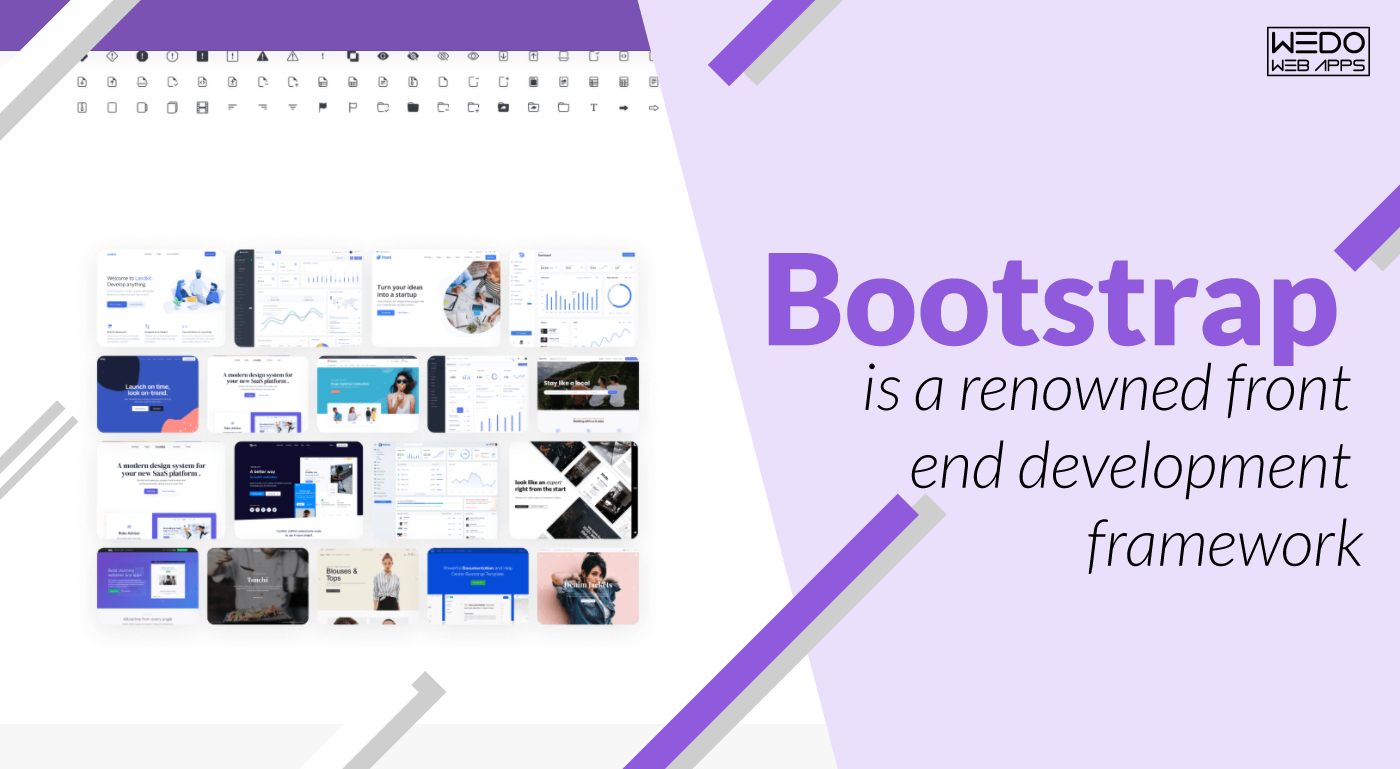 Bootstrap is a renowned front end development framework in recent times. The reason for its supremacy is the advantages of Bootstrap from the perspective of users as well as developers. Seeking users requirements, this post contains the choices of providing the best user interface. From the standpoint of developers, Bootstrap can be regarded as the most straightforward and quickest framework for achieving high-end functionalities by the developers, which are mentioned in the post.

The bootstrap framework provides the least number of files for accustomed CSS development as well as plain CSS files as well. Any developer can quickly get the zipped files from the Bootstrap website and can use in the head of HTML files. The whole framework can be accessed by the developers and can use pre-defined Bootstrap classes. In addition to it, Bootstrap provides the option for the developers with better flexibility. As mentioned, it is a CSS framework; the framework has pre-defined classes for layout using its several CSS components, grid systems and Javascript functions.

Making web applications responsive is one of the recent challenges in applications and websites development. Notably, to provide the best user interface and flow of the form developed, the responsiveness of the websites matters most. With Bootstrap, as the framework has 12 grid system, all the development can be done without emphasizing on the reactivity. The structure takes care of responsiveness having the such number of grids. At present, there are several devices available having different sizes and resolutions. The application developed fits with the decision because of the grid system in Bootstrap.

Bootstrap has a comprehensive list of functionalities that can be developed as well as components. Components such as navigation bars, drop-down menus, progress bars, labels, alerts, etc. are included in the framework that any developer need not develop from scratch. Also, the structure takes care of the cross-browser as well as cross platforms compatibility.

Javascript libraries are easily leveraged, having multiple pre-developed plugins having several functionalities. All these libraries can be easily customized as per the needs of the user according to the workflow of the business. A Bootstrap Development Company strives to provide B2B as well as B2C solutions in minimal time due to the pre-defined functionalities.

In addition to all the above-listed advantages, the Bootstrap developers receive updates about the platform, tools and are provided with the latest technology according to the developing market. The Bootstrap development community has always maintained to provide all of the developer’s assistance for best utility the platform. As it has better cross-platform as well as cross-browser compatibility, Bootstrap has become a consistent framework from the perspective of desired outcomes.