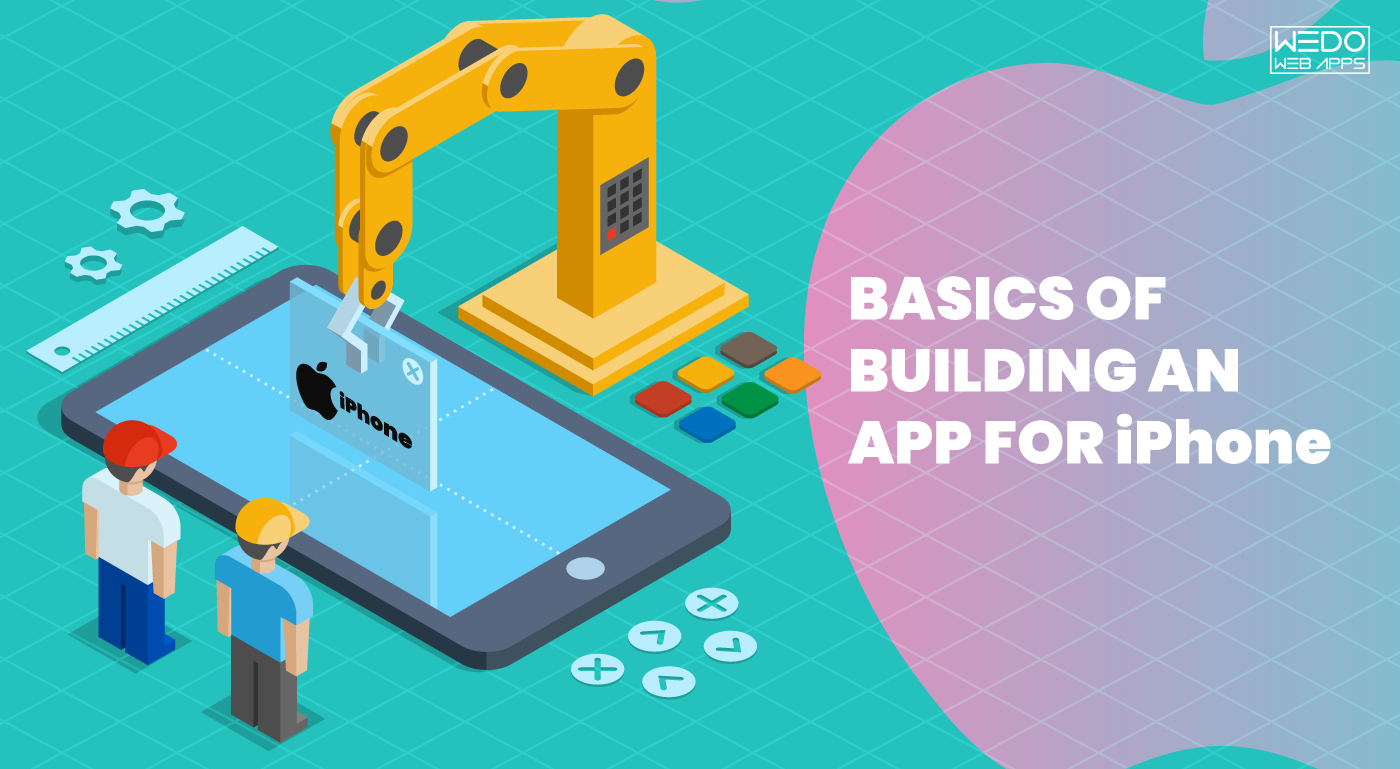 Building an App for iPhone

Among the most popular operating systems out there, iOS stands near the top of the list. There is a massive number of iPhone users worldwide, and that number doesn’t seem to decrease. Its popularity is soaring with the release of the new iPhone X and iPhone 8. Most of the increase in customers is seen in foreign markets such as India and other developing countries.

Businesses and organizations tend to lean toward developing their app. Instead of going to the generic path of the Android app, they are more inclined towards the iOS market. iOS Applications have more aspects to them than the other platforms. The iPhone App Development market has taken flight, and we are going to discuss it in this post.

Basics of Building an App for iPhone

In this world of coming of age technology, it has become necessary to provide services for the iOS development company. I have an iPhone Application that can seriously boost business growth and also its popularity. Many such companies offer those services. But Building an App for iPhone has become rather easy.

Developing iOS apps is not as difficult as it was back in the day. Now, with technology improving and everything, developers are feeling prone to making iOS apps over the mainstream approach. That is why Apple has made the entry barriers lower so that developers can make the most use of the SDK. Let’s see how to develop an iPhone App from the bottom up.

Before jumping into developing the app, there are a few things to keep in mind. Anyone can develop an app on their own with the right set of skills and knowledge. Signing up as a developer on Apple is one of the first steps. Registration will give you access to tools and other materials to support the development. Signing Up is necessary to get the Software Development Kit.

Sign up on Apple using an Apple ID or make one specifically for developing purposes. Registration as a developer doesn’t require any payment, but selling apps do. It costs £69 per month to sell apps on the iTunes Store. Apple has lowered the barrier for rookie app developers to make the process easy. Developers will have an easier time with these services at their disposal.

I am setting a goal and Coding.

Set up a proper goal before getting iOS Development Company services. Figure out the app’s features and how it is required to function. Map out the app’s ultimate motive and what is designed to do. The strategy of the app is also an essential factor that plays a role in the pre-development process. Also, one needs to have a rough idea about the app’s interface and its control settings. After that, Coding can be done by self or by hiring a developer.

There are iOS Development Company services that make the rest of the process easy. They will build an App for the iPhone as per the specifications and also according to the needs and in a professional manner. They have experienced iPhone App developers with the required expertise that is needed for the development process.

Coding an application or a game can be quite easy of the new developers have the right set of tools. Proper guidance, like tutorials on the internet, can help a significant bit. They can do the Coding on their own provided that they have enough knowledge about the Building an App for iPhone procedure.

Benefits of Building an iPhone App with iOS Development Company

Building an iPhone app presents many possibilities and benefits. Whether it is for an individual or a business, iOS Applications are sure to benefit them both. Here are a couple of reasons why one should decide on availing the services of the iOS Development Company. The reasons given below are not just something that is made up but proved things with proof to back it up.

Here in this post, everything from availing iOS Development Company Services to its benefits has been explained. This guide will be helpful to iOS developers. We hope that the job helped make the underlying message clear about building apps for the iPhone platform.