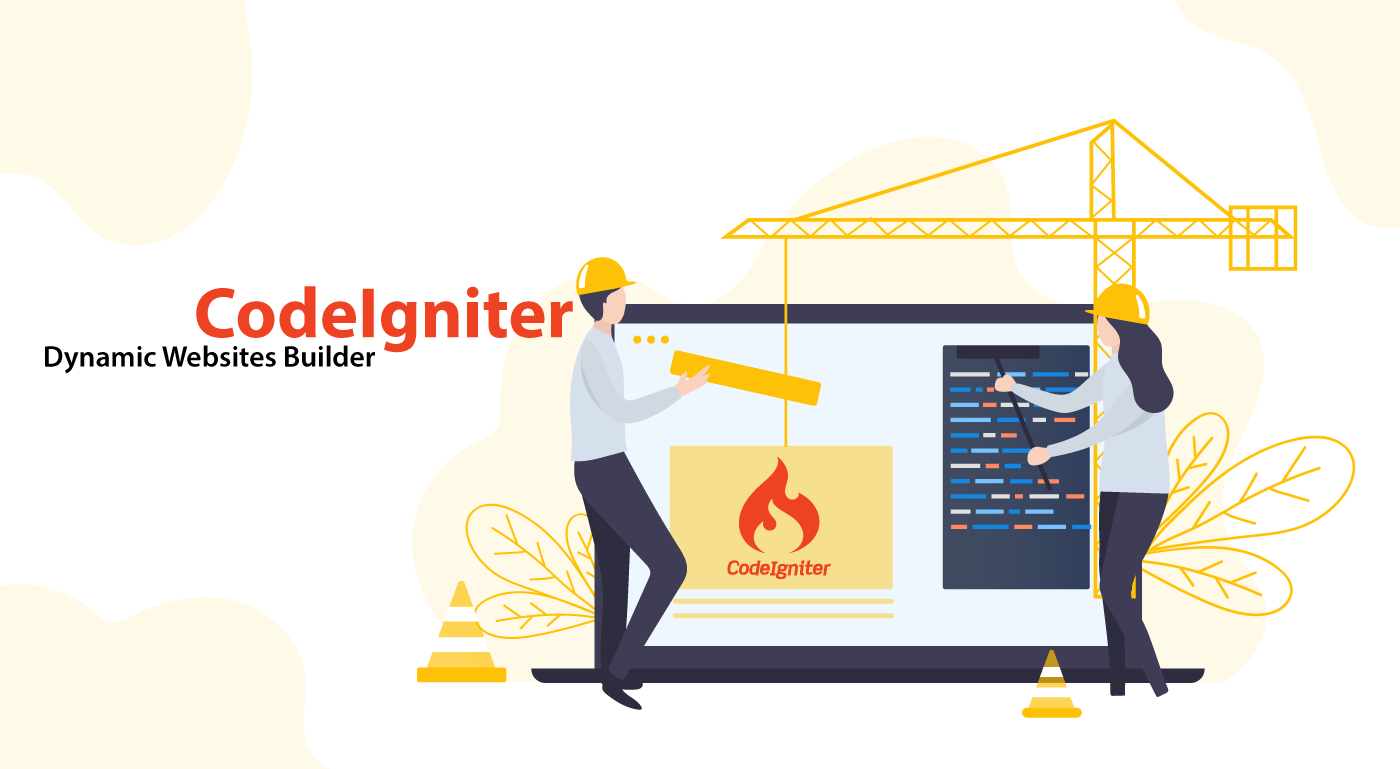 When it comes to a framework that meets all the server-side requirements in terms of scripting language, PHP is regarded as one of the most potent general-purpose programming languages. CodeIgniter being an open-source software to develop web applications rapidly, the framework has gained popularity among the back-end developers. At present, the CodeIgniter web framework can be listed as one of the top favourites among developers for many reasons and the competitive advantages of the structure.

The development of small websites can be accounted with PHP framework abilities having no limitations. The developer can extend all the HTML files, including dynamic content present in the database and further easily able to process forms. Thus, there is no need to worry unless the size of the site is small. But, when it comes to creating and developing huge websites with PHP framework, analyzing the coding structure, one can quickly get the logic of repeating codes in several pages. Developers can easily change the coding amid the sheets. Still, notably it may get little complicated at the time of restructuring the system as it might affect some of all the pages irrespective of the amends done in pages.

Counting another significant limitation to the earlier PHP platforms, whenever working in an ongoing project if any new developer is introduced, it may become a tedious job for the developer to cope up with the existing code structure by reviewing and analyzing it and responsible for lower productivity. Simply put, it might take a long time for getting familiarized with the code comparatively. Every developer having excellent coding skills and depending on number PHP projects done in the past, develop its coding style and as it is a script be coded, might vary according to the development project as well.

When it comes to development with PHP in an organization, enterprise-class applications with huge scripts are structured notably one HTML file per page with PHP code might not be optimal in performance. The reason for it is structuring of the system itself adding with collective efforts of the team working over the development part and therefore, there might be a lot of confusion in the developing the entire framework. Therefore, when it comes to many developers working in an organization on a single project, it might not be easy to manage a productive code in minimum time due to the stated reasons and therefore resulted into a CodeIgniter development company having more popularity at present.

Web applications frameworks attribute to providing the structure of the web application with the “separation of concern” of modules. This helps in the segregation of the coding structure and give better assistance in creating the overall coding; therefore, the end code relates to a better system. With the agile methodologies for the incorporating testing and analysis of the site, the shape of the code developed at the end of the project accounts to better productivity, which is one of the main reasons for the development of the CodeIgniter framework. Since CodeIgniter introduced in the market, it has become popular in many organizations and therefore, resulted in several into CodeIgniter Development Companies.

Next, as previously mentioned the agile methodologies, code is kept on reviewing with parallel to the development of the project, the CodeIgniter framework works on a similar approach. It consists of MVC (Model-View-Controller), which keeps on checking the coding structure of the code during development. Model-View-Controller has become a popular software designing and development pattern. Where Model is the lowest level of the design and responsible for maintaining the data, View is responsible for displaying the data and Controller is code, which when run manages and controls the interaction between Model and View.

CodeIgniter is known for the MVC design pattern having logic as well as separated in terms of concerns. The best part MVC structure is the Controller that handles all the HTTP requests incoming to it and passing all the data to View. Model is the attribute that encapsulates the entire business logic of the application and interacts with the database.

When it comes to CodeIgniter, the views can be any page, template or any other layout file that can be created. It is essential for a CodeIgniter development company that the developers amend the Model based on the views and therefore, the exact structure of the coding to avoid any confusion.

Notably, the MVC approach in CodeIgniter is loos, which precisely means that in CodeIgniter framework, the model files are not necessarily required. This accounts for multiple reasons. The very first reason being the database library of CodeIgniter framework can be used in both, the Controller as well as Model. It means that the extra separation of Models could be easily bypassed by the developers that save time. The second advantages of the Model are that it does not have any limitation of remaining tied to just one framework, but it is also compatible with the other structures such as Ruby on Rails. Thus, the third benefit of the developing any application the advantage the CodeIgniter development company has, is that the if the Model files of in the framework cause any complexity in the expanded form, the Model file can be ignored. This accounts to CodeIgniter’s advantages in comparison to the other structures.

The other features of the CodeIgniter that any developer in a CodeIgniter development company can get advantages of relates to the using the model file in terms of developing and designing even if the Model files are optional to the task or the common development technique. CodeIgniter allows the Model to be used in the several Controllers. Secondly, when the developer needs to change the function of the developed code, then rather than editing all the controllers, it is just required to write the Controller at single place. Additionally, all the complex queries while developing an application should be grouped in the Model, which leads to one of the best-simplified use in terms of development. Thus, with regards to the recently developing technologies, a CodeIgniter development company has an advantage over its other generic equivalent companies in making the services and products competitive and only achievable as a valid point of comparison.