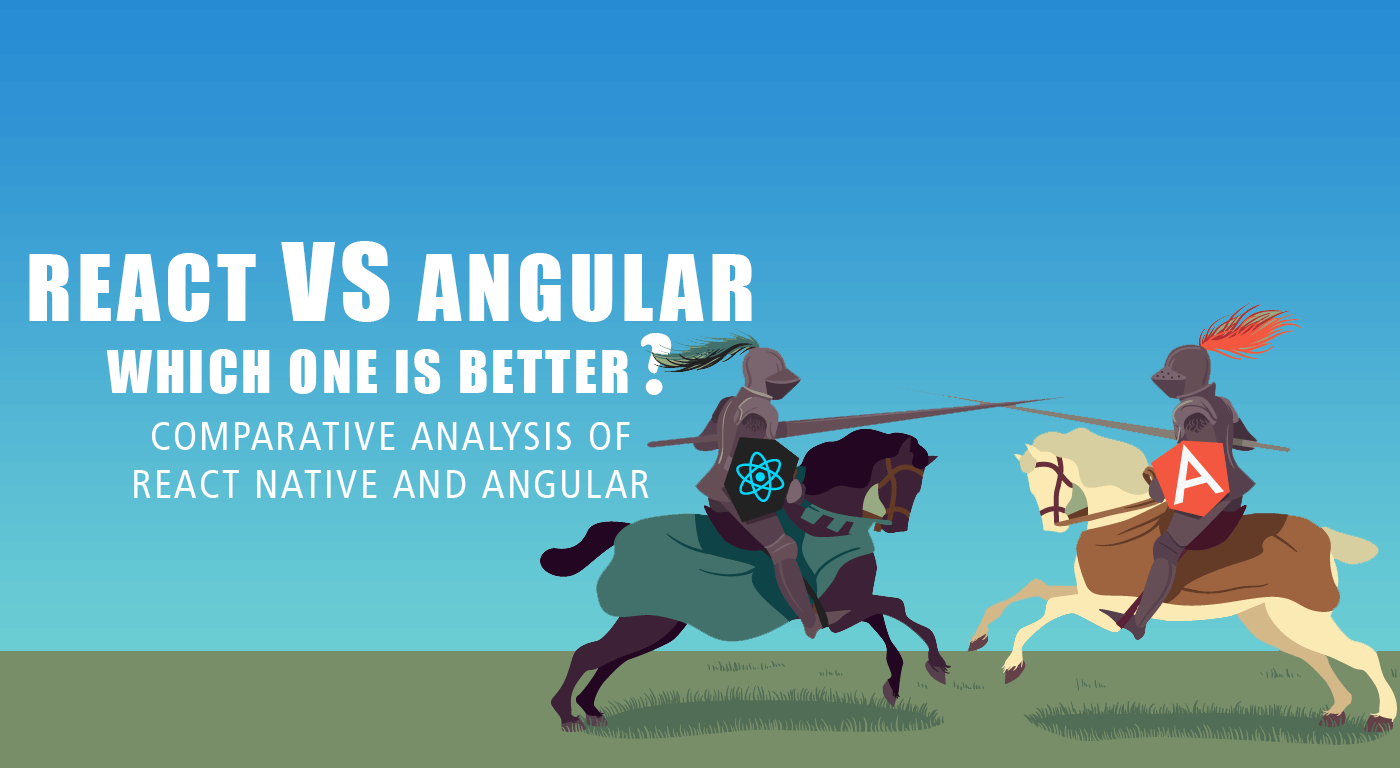 One of the regular debate of the techno world is going in between React and Angular. Even when both are the front end development languages and introduced by tech giants, you will find the varying opinions of people about them.

Angular was released by Google in 2010 as Angular JS and later got re-introduced in the market in 2016 as Angular 2+. When choosing Angular, you’ve to code in Javascript and TypeScript, and it is portable to as Native Script.

Whereas, React JS was introduced by everyone’s beloved, Facebook, in 2013. Unlike Angular, ReactJS involves coding by adding the third party libraries and leverages its utility native app development. Both React JS and Angular are Javascript-based languages and are close competitors of one another.

They surely have distinct scoring points in different cases. But, if you are looking forward to moving ahead with the project, let me share some of the differentiating points that you must consider before deciding :

1. What is Language architecture?

Talking about the type of architecture, then both Angular and React, follow the component-based architecture. This clearly states that both of the frameworks involve cohesive ad reusable components. However, React uses the Javascript framework whereas, Angular employes Typescript. This way, Angular found to be less error-prone and more compact.

2. How quick can you accomplish project development?

Taking up the project depends on the development tenure. React leverages the functionality of distinct libraries for distinct features. Since best libraries are of third – parties, dependency and the research and installation time grows.

On the contrary note, Angular enables the command-line interface (CLI). This helps in easy code writing with the help of Typescript.

So, when looking for agile development with not so much precision, React can surely be your go-to option.

3. How flexible is your coding language?

ReactJS offers the flexibility to choose the tools and the libraries that as per the requirement of your app. So, you can customize and select the libraries only that can be helpful for you, at first hand.

Earlier with Angular, there was a limited amount of freedom. But, the arrival of Angular 7 (latest version of Angular) you can embed codes in HTML based apps and you can use the same Angular components within another framework. ReactJS still outweighs Angular in terms of flexibility and freedom of language.

4. How does data binding work for Angular and React?

The term ‘Data Binding’ can be intriguing for you. But, it is a simple connection between the components of the code and changed values. Now, that’s for sure that not every place in your system will be static, especially when we are talking to about the native cross-platform apps.

Angular can be more efficient to serve the small projects, but such variations can be disastrous for complex projects. If you have a simple and smaller project at your plate, Angular can be the right choice, but another way round can be more helpful for you.

What is the Document Object Model (DOM) employed?

Talking about the speed of the Document Object Model (DOM), then Virtual DOM wins over the real DOM as virtual DOM is found to be faster than the real ones.

How is the mobile experience in either of the frameworks?

ReactJS offers native UI experience; it enables you to customize your native code in Java, Kotlin or Objective C. On the other hand, Angular provides Ionic framework. It allows utilizing the UI components from the available library, and that’s why it offers a web experience, even when inside the app.

So, when you are seeking for an outstanding mobile experience for the mobile application, you must count on React.

How easier will it be to keep my app updated with minimum efforts?

Angular makes it easier to keep your app updated as per the industry updates. Let me tell you the reason behind it.

AngularJS and even the latest version Angular 7 enables coding in Command Line Interface (CLI). With a few sets of commands, you can update your mobile app without any worries. The two-way binding enables easy updating of all the libraries used inside.

For React, transitions with updates is a huge thing. React works with third-party libraries, and thus, a developer needs to check with the individual libraries whether they are compatible with the updates or not. This further enhances the developer’s efforts. In such a case, you can hire a react native developer to help you through this rigorous process. In this case, Angular wins over the React.

There are specific pros and cons of every framework. However, each of them can be the right fit for your project in clear cases. So, it would help if you judged upon the factors that are profitable for you as per the project requirement. Hopefully, the above factors can help you decide the framework you need to opt.

When frameworks regularly update, you need to stay tuned to adopt the changes as per the trends. The industry standards help you in optimizing your work process and streamline your business. For further discussions about mobile application development for your business, feel free to contact us.