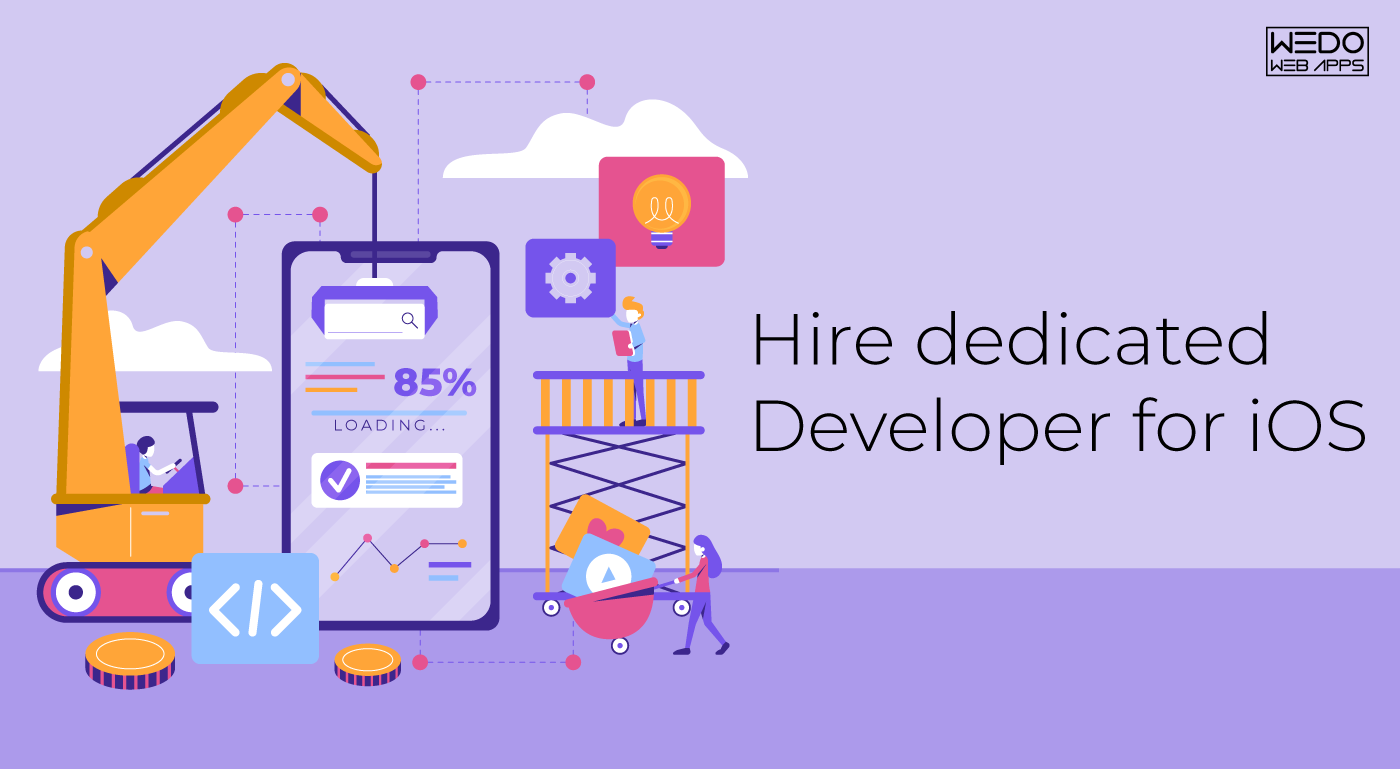 The iOS platform has been on the growing side for the last many years. The ubiquitous and versatile iPhone and iPad are the reason that gave many developers to bring out their ideas and put them in front of an audience. This audience, to be precise, is massive and a comparatively wealthy one. After some time, there was a real chance to make some money in the iOS Development Company sector, and developers have been taking up the task.

The contest between competitors brought out the need to have an online presence. Big iOS Development Company and organization started looking for iOS developers to bring their vision of an to life. So, Developers for iOS have a suitable chance of getting work and appreciation. This article delves into the skills and characteristics of an iOS Development Company and Developer for iOS App.

Developer for iOS App – Must have skills in an iOS Development Company.

There are many plus-points of being an iOS developer, and they can be sorted out. If someone is an aspiring iOS developer, they would be shot at getting a significant job as a developer. Now, getting the situation may not be as easy as it was back then, but it would have its perks.

The iOS Apps are growing in demand by each passing day. Apps are also a big part of digital marketing and online presence. They can be helpful in both of these tasks. Perhaps, this is the reason why organizations are looking to develop their apps. So, here are the skills that are required of a Developer for iOS App.

Though there are indeed not only a handful of skills that one requires being a developer. But there are quite a few that are necessary to accomplish. Appealingly designing an app is one of the essential things in the development process. There is a unique set of guidelines that an iOS developer must adhere to to make an intuitive app. They need to understand those design parameters to make the app more intuitive.

Apple has created a programming language specifically for the reason of developing iOS Apps. Swift is the number one constant in their equation of iOS development. All of the present and future projects are being done or are going to be done in Swift. So that means that a developer has to know this language perfectly. Keep in mind that it is neither a small nor a relaxed style, but there is no need to learn everything to be a junior developer. Just make sure to have a clear idea of the Options, the basic syntax, Classes, initialization, inheritance, Error Handling, Control flow, and Objective-C interoperability.

Another important thing that the iOS Development Company needs to keep in mind is the three-dimensional thinking. They also need to visualize the spatial associations of items as it is one of the most critical things. It is an utmost necessity for a developer, making sure that they have something in check. The bottom line is that when designing an application, one must be able to understand and predict how the users will react to them. For that, they need to understand the controls for inputs on various platforms and must have been using the devices that they are targeting.

Before going into this, try to imagine an app that can’t interact with the internet. Chances are there that it may not be possible in most of the cases. Either way, all the apps that users use to interact with the web in some or another method. It may not be in a significant way, but it has to be up to some extent.

That makes it inevitable for the developers to understand how to send and receive data to and from the internet. This is done through JSON, also known as JavaScript Object Notation. It is a pretty simple format and works in an even more straightforward way.

Benefits for Developer for iOS

Generally, when someone thinks of pursuing something, there are more significant motives that make them do what they do. In the case of an iOS Development Company, it can be a passion for app development, the advantages, or even deciding on a career path. Nevertheless, below is a list of some of the benefits that one gets when working as a Developer for iOS Apps in an iOS Development Company.

As everybody with a smartphone in their hand knows, iOS caters to the premium customers a bit more. It may not have the market share of Android, but it does earn more from the app earnings. And a big chunk of that goes to the developers. So that makes for an excellent reason to go iOS.

There are only a few iOS devices in circulation. In this way, it becomes easy to test the latest app because the testing is done on only a handful of tools.

There are only two screen sizes one must keep in mind while developing an iOS App. In the case of an iPad app, one gets an additional option as well. That translates to less work on the Developer’s part compared to the thousands of screens by different manufacturers in Android.

It all depends on how to users like the app and how it works on devices. The touch response of iOS devices is unparalleled. So any app that one is developing for iOS is sure to have excellent responsiveness and quality.

That explains the benefits of being a Developer for iOS or thinking of becoming one. In this article, we have given the paramount requirements of iOS developers and iOS Development Company. iOS is outshining its competitors. It has already made its mark in the world. We hope that you found this article to your satisfaction.