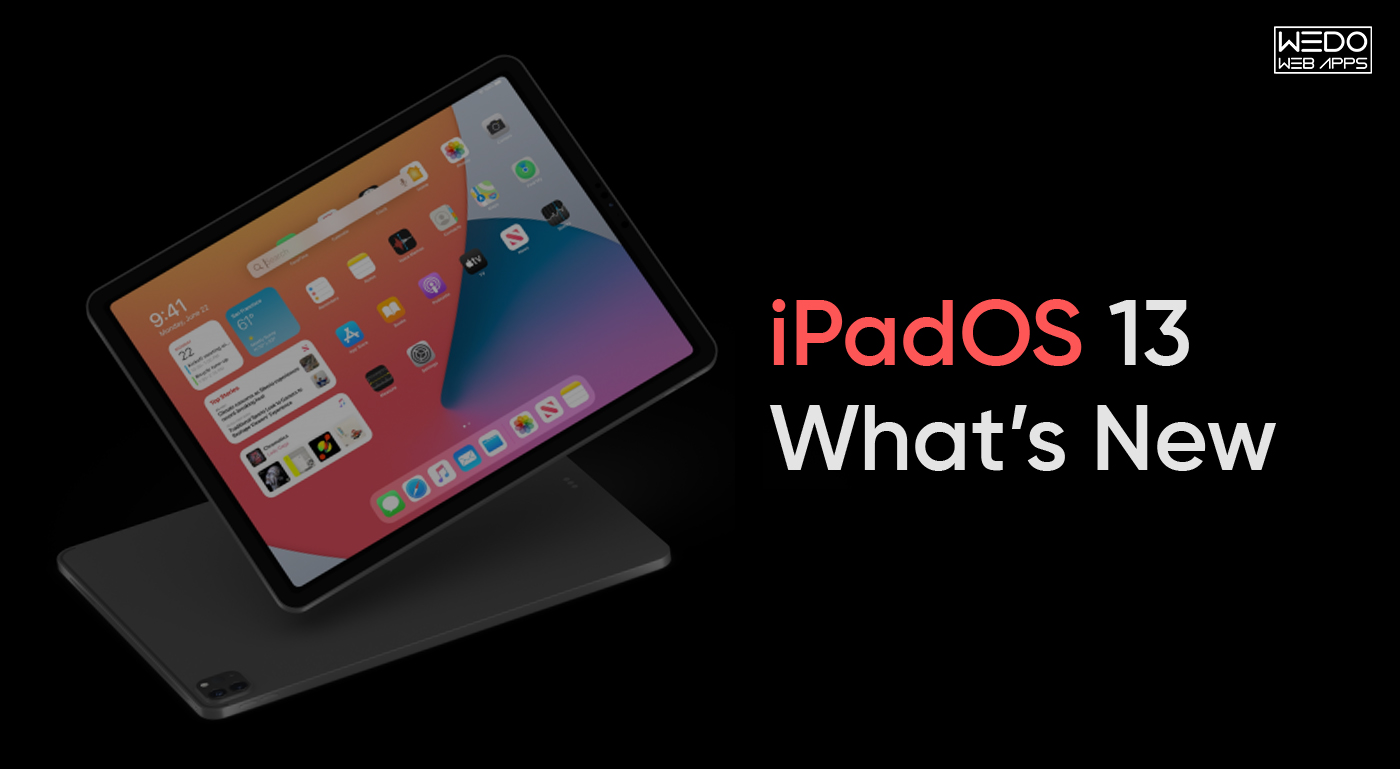 Is iPadOS Ready for Real Work? The Good and Bad Things In iPadOS

Now the iPad gets its version of OS, which called iPadOS. A new version of iOS 13, is specially designed for iPad with many more feature with larger iPad’s display. Get a new OS to make iPad desktop-class experience with new features.

Here are all the new features that are GOOD and BAD for iPadOS.

It was an ever tricky task to browse the site on the iPad. iPads would get websites that are mobile optimized. You’ll have the option to zoom in and out to use web applications like Google Docs and WordPress without an issue. Apple has rolled out new changes to the way Safari on iPadOS works. Moreover, the update enables you to have a desktop-class browsing experience on your iPad.

Apple’s fix was to have the present Safari browser tell sites that is what it is, the Apple variant of Safari. The solution for iPad is, Safari will allow users a full desktop-class version of the website on the gadget.

Apple has included a translation layer between your taps and the website’s expectation of clicks. This solution works well in most of the site but not a perfect for all.

iPads used to provide a feature that you utilize two apps at a time with Split View, however now you can use two windows from the same application. So while the open site in Safari, freely drag the Safari icon up from and open another Safari window by it in Split View. It primarily worked with Apple’s applications in the iPadOS 13.1 beta.

To drop Split View, swipe the tab between the two windows to the left or the right.

iPadOS carries an upgraded home screen with a new layout that permits space for more apps on the screen. It gives you a chance to include gadgets on the home screen so you can look at valuable data—for example, weather, headlines, event and calendar without swiping to the committed Today View Space.

The useful daily data will always ready at your fingertip. To include more gadgets, look down to the catch of the gadget bar and press edit at the base.

Have you felt board about using your iPad to type a long message? Since the iOS keyboard takes around half of your screen. Thanks, t iPadOS, you will get a floating keyboard on your iPad, and you can quickly move that anyplace on your screen.

Apple rolled out some changes to the keyboard in iPadOS. That allows the console to float around the other location on display, the keyboard giving more space to the applications you’re utilizing. The supports the feature that Apple calls QuickPath, a simple method to swipe over the software board to state what you need to say.

Apple presented the iPad Pro with a Type-C port; it’s open up other possibilities outcomes where clients could move files from any other gadget to the iPad. They ware making some essential changes by permitting the Files apps to help outside USB drives, SD cards, or signing into an SMB file server.

The Files app gets better with iCloud Drive support for file sharing. iPadOS 13 is good with external drives, and you can filter through of their files in the Files app much as you may in Find on a Mac.

Dark Mode is the new feature of iPadOS 13, and it’s become trendy. You can switch to dark mode easily by telling to Siri “turn on Dark Mode.” Apple has also support APIs for the developer to make their apps good with Dark Mode.

In iPadOS Dark Mode has control over each pixel with amazing dark shading. It’s ideal for night time use. It’s also good for your eyes. Dark Mode is likely going to be the most excellent new feature by apple in 2019.

Photo editing option is a cool feature with the updated version; it’s simpler than previously. What’s new on is the capacity to apply the majority of that same stuff to video. You may get somewhat lost in Apple put efforts for the best things in the new timeline views inside the app, yet stay with it. You’re likely taking many photographs; Apple’s AI a chance to try to manage them a tad for you.

Performing various tasks is effectively one of the essential angles for an iPad. With iPadOS, Apple reported a lot of better approaches to do that. iPad users would now be able to work with different documents and files from a similar app with Split View. For instance, you can compose an email while seeing another email in split-screen see. You can likewise switch between various apps like calendar or messages in slide over.

Apps expose raises a powerful aspect on every open window in an app with a tap. Apple has likewise included another three-pinch gesture for a simple copy and paste.

Apple attempts to put text interactions on iPadOS. Now you have the option to tap or drag your finger to have the cursor do what you need. This time, different motions are using three fingers to do things like copy and cut. When does dragging move the cursor and when does dragging select the book? It’s up to you. Following three months of using the iPad’s betas consistently, you can quickly notice.

✘ There Will Be Bugs

Discovering bugs is all part of testing out the iOS beta.

This year has been lots of bugs for the betas. You should not know what you are downloading today is bug-free or not. iPadOS is getting pushed out somewhat early because it needs to go out with iOS 13.1 — which itself should be rushed out because iOS 13.0 has bugs. The most common bugs, like losing information in iCloud appear. Be that as it may, you may have some apps crash or stop. Wait longer time for download apps.

Have several features that recognize the iPad as a computer replacement at some point. Apple’s new security assurance makes it harder for both apps and website pages to identify you for following. Make fresh Apps design for iPadOS also to get more out of your business. New iPad with entire new operating system keyboard has a fantastic excellent experience. Build your next app with the best iOS development company. Milan is a co-founder of WEDOWEBAPPS LLC. He has been at the forefront of the business, expanding it globally with the latest technologies. He also has a passion for sharing his expertise with clients and other enthusiasts. He usually writes about technology, Leadership, and Entrepreneurship.

How to create a web application using react js?
The 30-Second Trick for Integrating Siri in the Third Party Apps