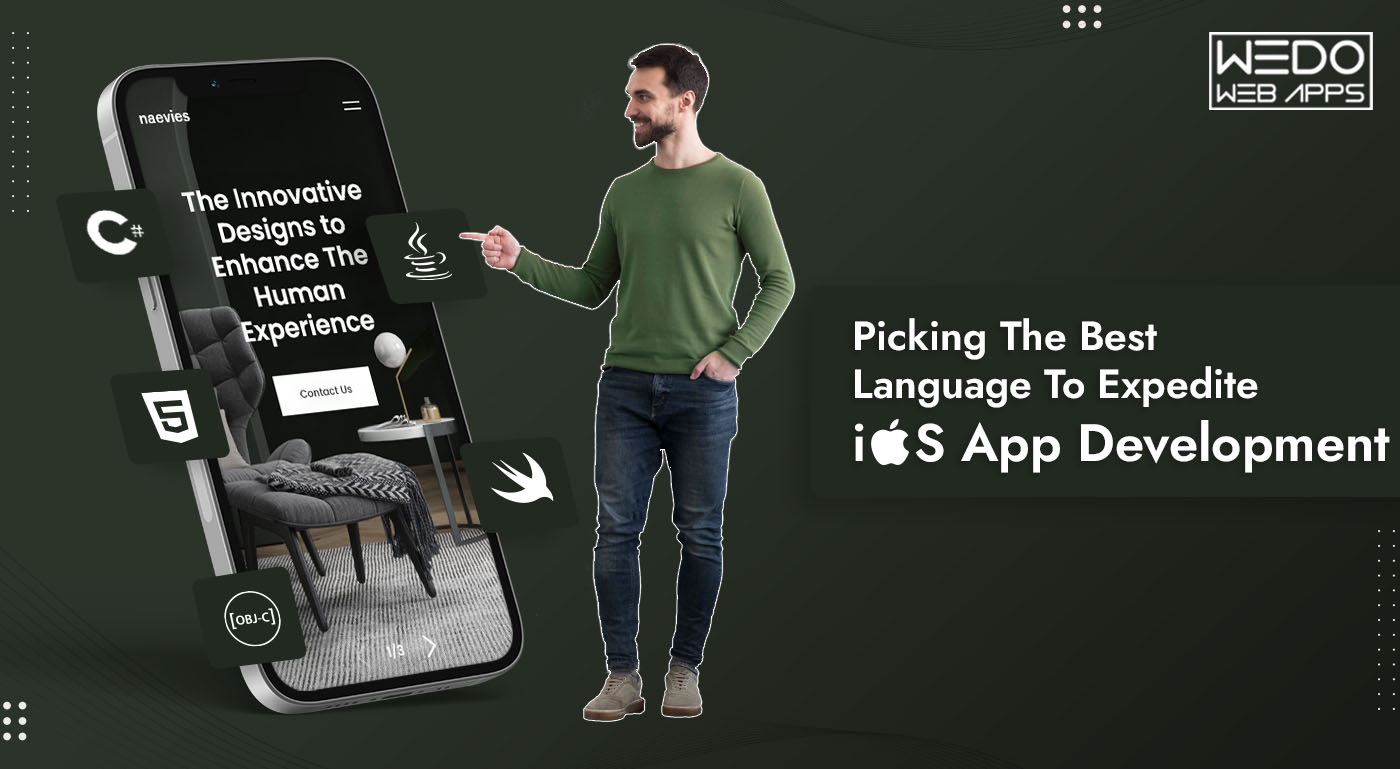 Web development and app development is an accelerating subfield of technology. There has been an exponential increase in the app development sector over the past few years. One can witness the difference in their daily lives. Development of applications comes with the responsibility of choosing the right language and platform for successful development. 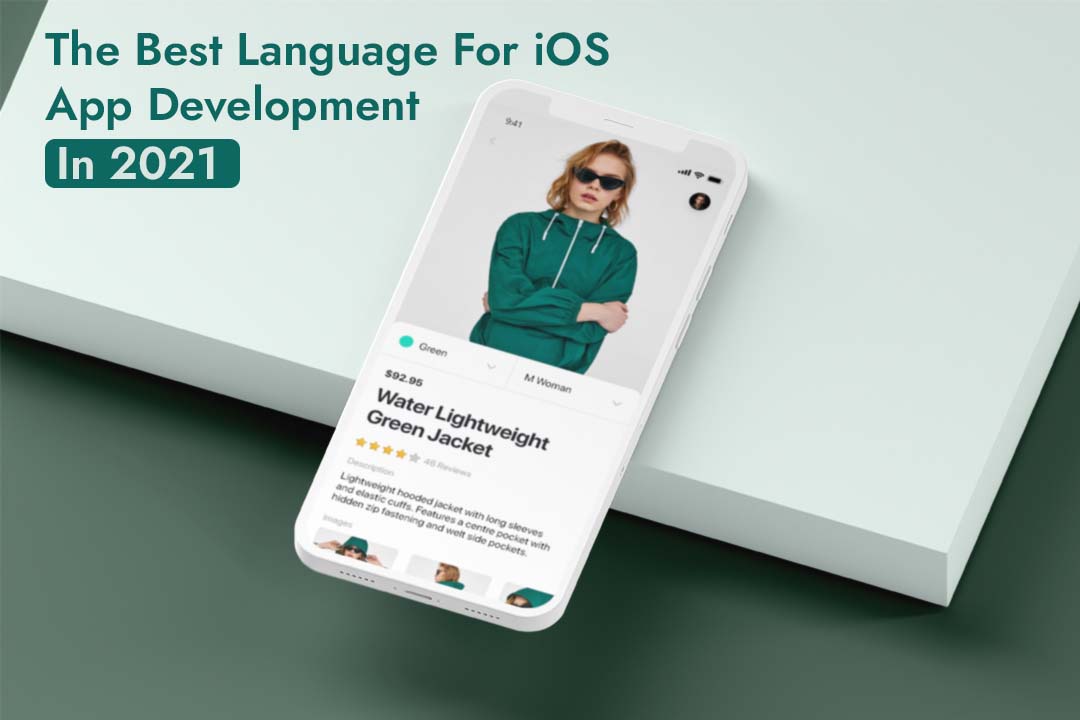 This should not come as a surprise that in Aug 2021, 56.94% of online relations were made through the help of mobile devices, as it is indicated by StatCounter data. These days, people are more dependent on mobile phones than any other device.

Things to Remember before working on iOS application development:

Developing an application can be a tedious task. We have created a handy list to avoid any mistakes and ensure that the development is fruitful for you and the audience. You must check the list given below, before you hop onto the development process. 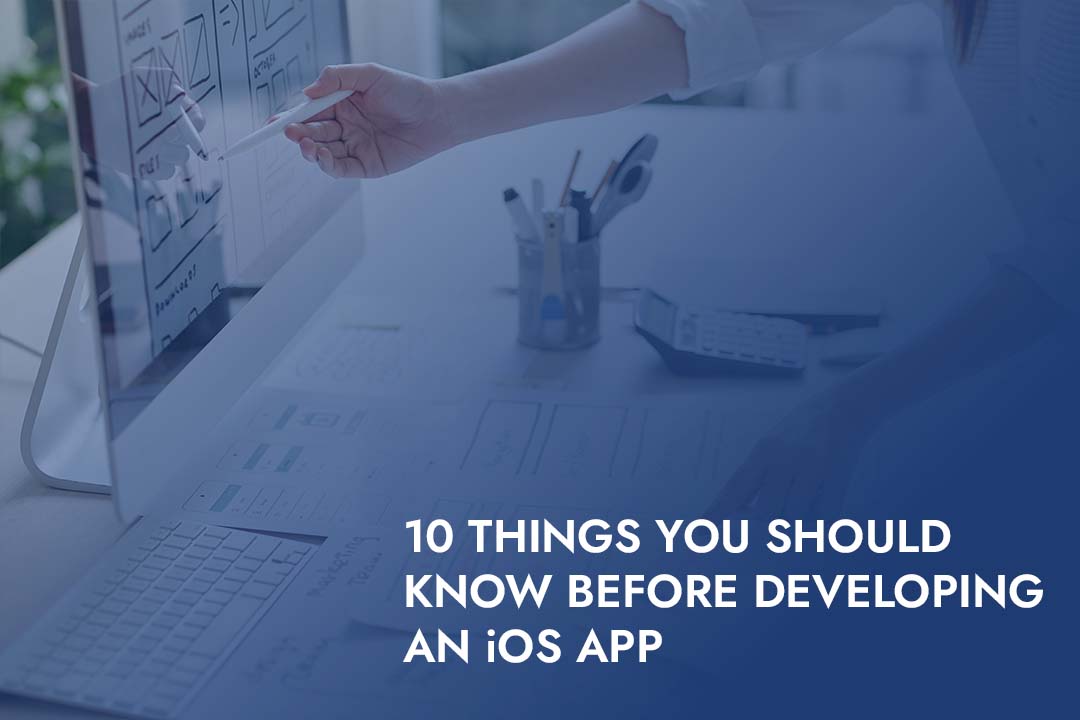 1. Clarify the main purpose: You must be clear of the reason why you wish to develop and publish the app. The application that you’re working on should serve a purpose, and you ought to be aware of the same. These simple questions might help you get a clear vision:

Why does this app need to be built?

Who will all benefit from this app?

Is there any other app with the same background purpose? If so, what can I change about my app to make it unique? Answering these simple to look at yet tricky questions will get you ahead on the journey. In addition, you will get a clearer picture of the purpose of your work.

2. Market research is necessary: Before diving into the whole process of developing an app, you must consider taking a tour of the current market. A well-researched and well-known developer is way better for your app development venture. Skills are one part of the development, while researching is another portion that must not be missed. It gives a better perspective and makes you aware of the recent trends, the needs of the targeted audience, and many more aspects of iPad application development. Even being one of the critical steps, many entrepreneurs often miss out, and they pay for it later. This further would lead to the great success of your iOS app.

3. Detailed planning of the app development: Once you get done with the first two significant steps, the following very obvious step is to plan every detail of your application. Go for the best iOS app development services to get this work done. Ensure that the company you’re hiring for the project is well-versed and has experience in the field. Ask the iOS app development services to map out a detailed plan of the project in front of you. Make sure you explain the requisites and your purpose to the team.

All the goals of the application development must be considered while planning out the app formulation procedure. Try making the following question while on this stage:

5. Your capabilities must be known: With this, we mean that you must be aware of, “what are your internal capacities?”. You should know how much you are allowed to spend on the app. Time, money, and everything should be analyzed and comprehended beforehand. Once you have handed the project to the iOS app development services, there is little chance of withdrawing, and it might as well embarrass you.

Coming to the best language for mobile app development 2021, we list the top chosen languages. We have curated this list only after meticulous research while considering many aspects of iOS application development.

Remember, while choosing a language for your application development procedure, you should have the farsightedness to grab the best opportunity. You might have to alter a thing or two in the future. Keeping that in mind, choose a flexible language and can work for multiple devices if you somehow choose to change the specifications.

To help around this crucial decision, we have listed several programming languages you can choose from for iPad application development.

And if you still have doubts about which to choose – here is a brief summary of the most important differences between these technologies. 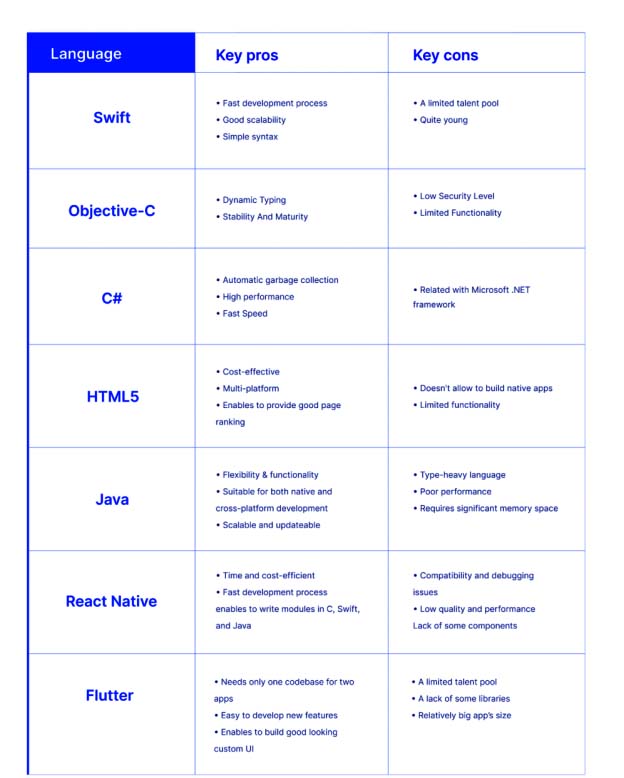 With most languages being highly functional and lucrative, we have presented scope for comparison among the top languages. Therefore, you may follow the instructions carefully and choose wisely for your next iOS application development. Schedule a free consultation with us to choose the best solution for you.

Static and Dynamic Websites – Let’s Know the Difference
Know The Types of WooCommerce Issues and Surefire Solutions For Them!