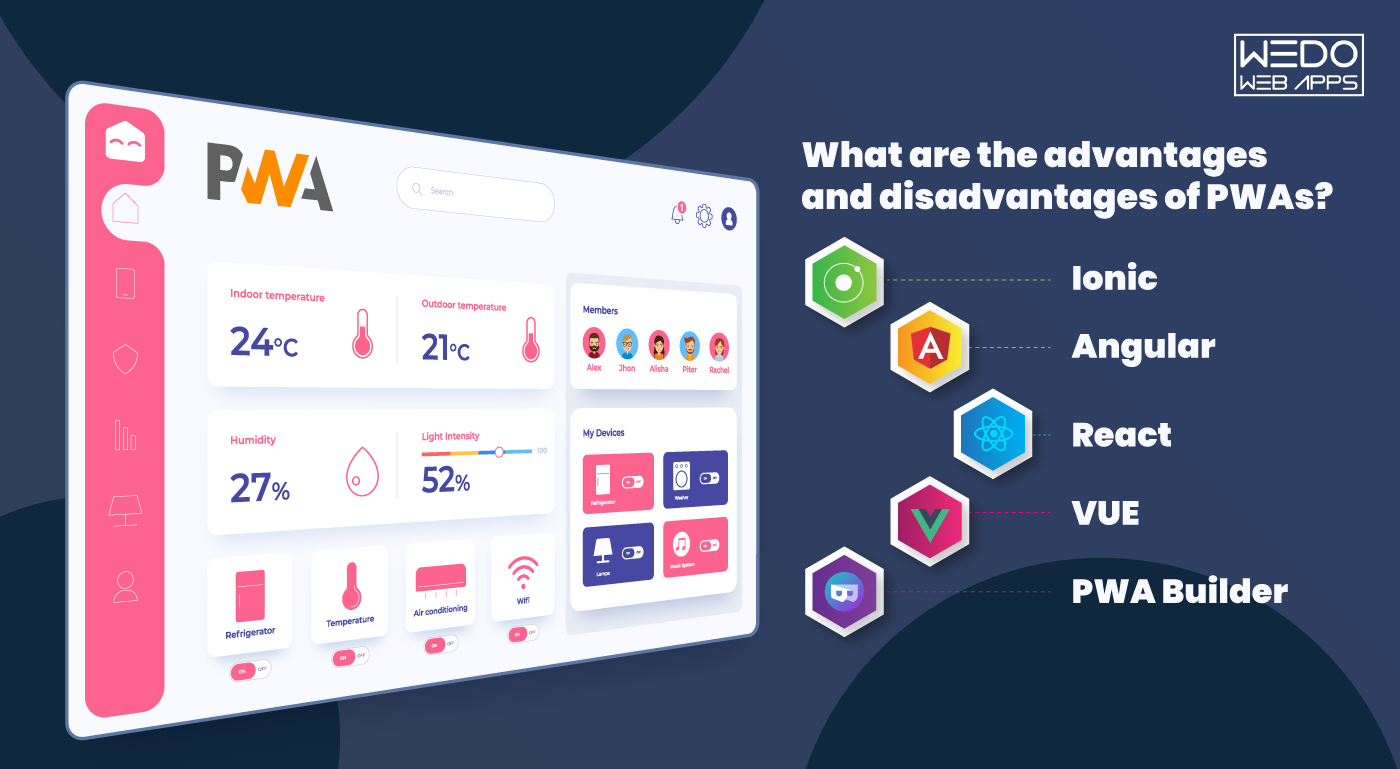 As technology started to evolve, it gave us the most effective communication tool of its time- the website. It immensely helped businesses in sharing important information with their customers and brand loyalists. Soon after, the mobile industry grew by leaps and bounds giving us the power to develop applications which could fit into small handheld devices opening an array of opportunities. Businesses which saw the trend incorporated it in their marketing strategy and benefited from the decision. Today, technology is presenting something new and worthy of our time every minute. One of the outcomes is the Progressive Web Apps (PWA), a remarkable combination of web and mobile apps.

What are Progressive Web Apps?

A progressive web app is built using web technologies but its core function is of an app. Users can access any information in their browsers, without downloading any apps. Progressive web apps are a faster medium wherein users can access information without going through the ordeal of searching for apps and then downloading it. Progressive web applications are ideal for businesses that don’t have the bandwidth of developing an app. However they can benefit from such applications which use less data, load faster, offer a sturdy performance and improved user retention.

Progressive apps offer an immersive experience and seamless performance which helps them stand out from native applications. With higher adaptability to various hardware, platforms and devices, its responsive design to scale full screen, offline accessibility and SEO compatibility are few of the advantages of progressive web applications. Social media giants like Facebook and Twitter along with multi-national companies like Samsung and Apple, all our investing in PWA and reaping its benefits.

What are the advantages and disadvantages of PWAs?

PWAs are lightweight and can be easily installed, have a fast load speed as compared to native and desktop applications. Moreover, PWAs are secured with HTTPS protocol which prevents the connection from altering its contents. Few brands have benefited with higher engagement and conversions through progressive web apps as compared to desktop websites. PWAs are identified as applications and have a URL, therefore, they can be indexed easily, which further helps search engines to use them in search results. Users don’t have to depend on app stores to download and install, PWAs can be found on search engines, social media channels and can be added to the home screen giving access to push notification, camera, geolocation, etc.

Moving on to the disadvantages, PWAs have limited functionalities which affect the user experience. Moreover, not all functionalities of progressive web apps are supported on iOS platforms. PWAs are written in high-level web code for which the phone consumes more battery to interpret the code. Technical options like NFC and Bluetooth cannot be applied to PWAs which makes it lag behind native applications.

As smartphone users are increasing worldwide, businesses too are benefitting from the trend and effectively using it as their strategy to reach out to their audience and market their products. Many businesses are still adapting to this change and moving their business to PWAs. There are several factors which need to be considered before opting for PWA, the first one being choosing the framework as per your business needs. Here, we list down the top five frameworks with their pros and cons.

The most responsive open-source mobile UI framework which was introduced in 2013, has its foundation on the angular framework and Apache Cordova which lessen the learning curve. Ionic has components for both Android and iOS like badges, buttons, etc. It’s easily customizable and the apps built on the framework are compatible with Android, iOS and Windows. Ionic comes with an extensive library through which one can access APIs without having to code.

It works faster with just a single code base and runs everywhere.

The only disadvantage of Ionic is that the app needs to be modified often on the framework to keep up with the latest changes.

Angular has been powering various applications since Google launched it in 2010. The framework uses JavaScript to create reliable and sturdy applications. There have been recent versions which have been introduced with a couple of modifications which have boosted the built-in support of the framework and have offered a smaller learning curve. Along with Google support, Angular has a large community of developers to fix issues etc. Moreover, Angular includes IntelliSense and Typescript which makes life easy for developers.

When compared to other frameworks, Angular is complex and needs a high level of expertise. To use the framework, developers have to learn TypeScript.

React is yet another popular framework amongst developers. Supported by Facebook, the framework is highly functional and uses JSX to render functions for connecting HTML structures. React has a large community for support and offers extensive libraries and complete ecosystem. The applications built on React can be further used for native apps thus giving the power to create scalable and flexible applications.

In order to use React, the developer needs to know JSX apart from JavaScript therefore it becomes a little complex. In the absence of any defined methodology, implementation suffers.

VUE is a new framework and has one of the fastest-growing libraries if compared to other frameworks. Developers prefer the framework for its high-speed rendering, simple coding and scalability. Since the framework functions on simple coding, new developers too can build apps. Vue can be combined with JSX and Typescript and offers the best results.

Vue has a very small support team which hinders many developers from using it. The flexibility often causes performance issues.

PWA Builder is powered by Microsoft and was built to convert websites into progressive web applications. The open-source framework has a strong community support and is compatible with Android and iOS. PWA Builder has extensive documentation and uses Vue.js for its web development.

PWA Builder has restricted flexibility and developers don’t have an option other than opting for the automated process or the pre-built features.

Before you choose one of the best PWA frameworks suited for your business, it’s best to explore all features and resources carefully. Opting for the best framework depends on the expertise of your developer and your business strategy.

Shopify Vs. WooCommerce: What is best for building your online store
Full stack developers vs specialized developers: Who suits your business best?