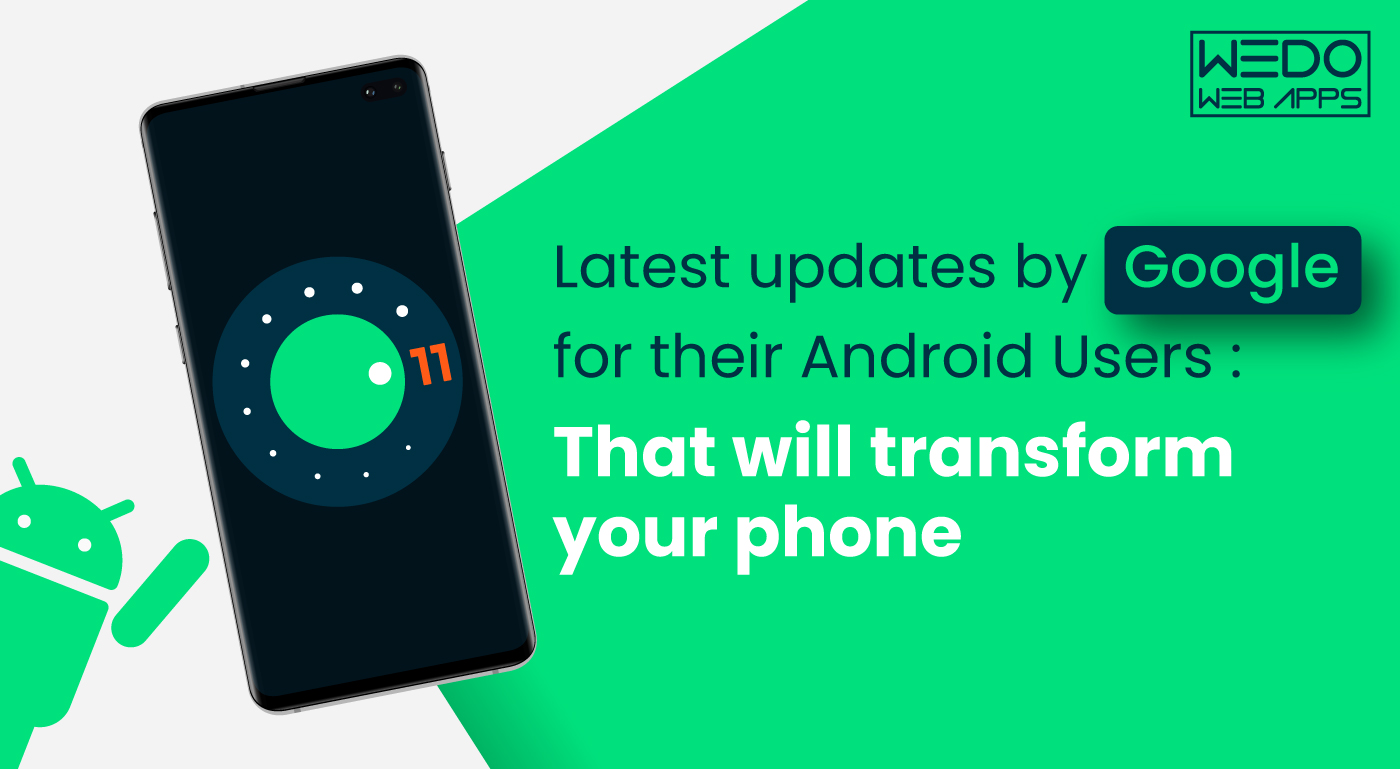 Latest updates by Google for their Android Users: That will transform your phone

As we all know, Google has released android 11 versions and Pixel 5 for some time. With this, certain features were also introduced for their android users to make their daily tasks accomplished on their phones easier. Still, there are several updates on which Google is working currently, which may act as a revolution for its android users.

There were a number of features introduced by Google, which changed its users’ methodology in accessing their smartphones. These updates were: Google Assistant, Google Duo, Blocking of calls that considered spam from the phone itself, notification sound improvement, action block and many more to list. Some of these features are already being used by smartphone users, while some are still in their beta versions, available to only beta testers.

These features have also been incorporated in the third-party applications launched on Google Play by the android app development companies. The applications having these latest features are now on the top downloaded applications from Google Play.

Hence, this holiday season, Google has decided to launch a wide range of features to let their users enjoy their vacation and have to spend the least time surfing for their activities.

Let us discuss these features in detail in the next section.

Features from Google- A gift for its Android Users:

This section will provide the introduction to the features developed and released by Google for the smooth functioning of Android devices, along with their usefulness to a layman android user. 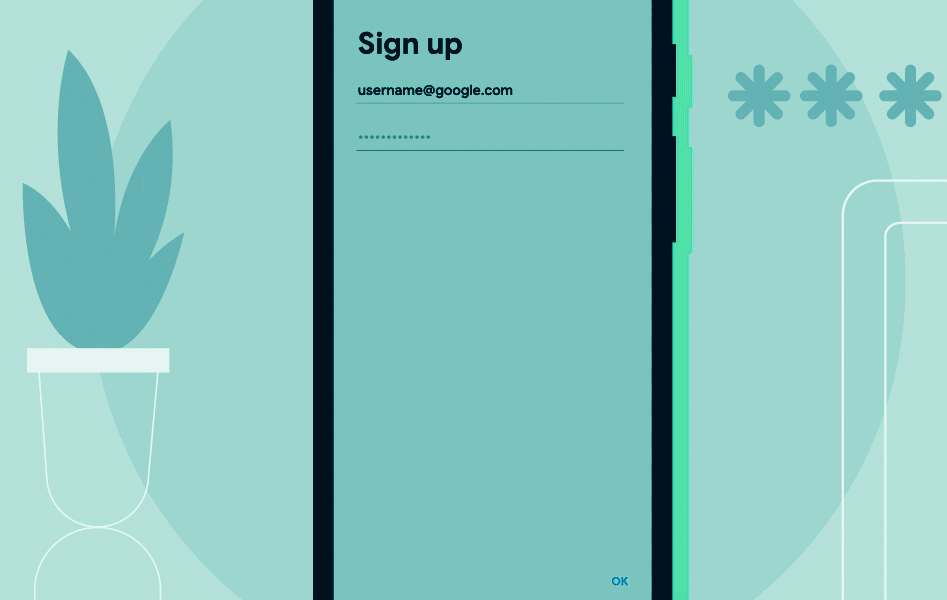 This tool checks the passwords that were saved by the users previously. These credentials of the users were known as “known compromised passwords”. This feature was initially available to desktop users only, but now it is also made available to Android smartphone users.

For this, the user has to switch on to the option for auto-filling the details, as their credentials will be saved as per the user permissions. Hence, when filling the data, auto-filling is on, the compromised information will be automatically entered over the text box to fill the data. 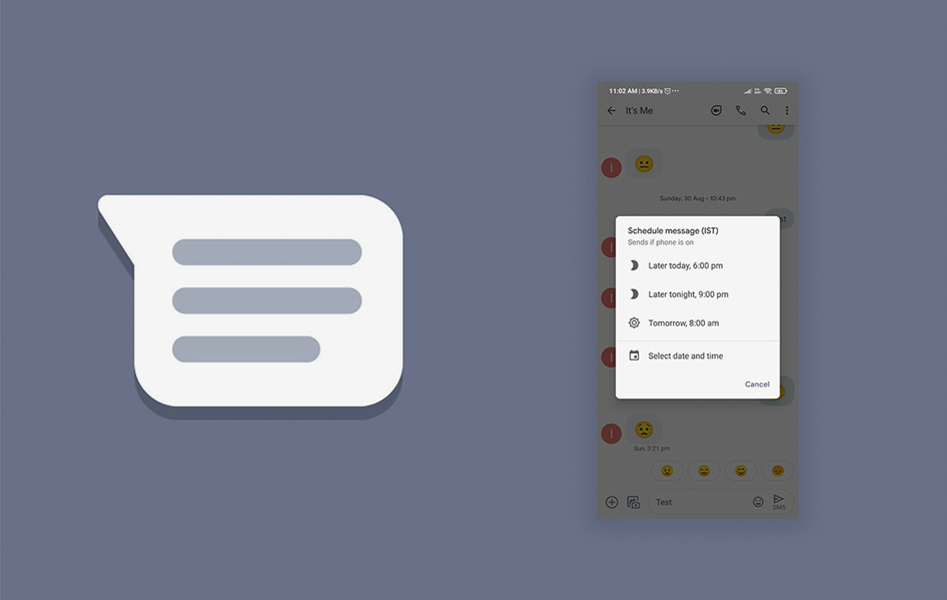 According to the latest updates in Android smartphones’ messaging app, one can now set the date and time to send their message to their recipients’ inbox. This feature reported to get started in September 2020, but there was no official confirmation from the company, which has now confirmed the release of this update. 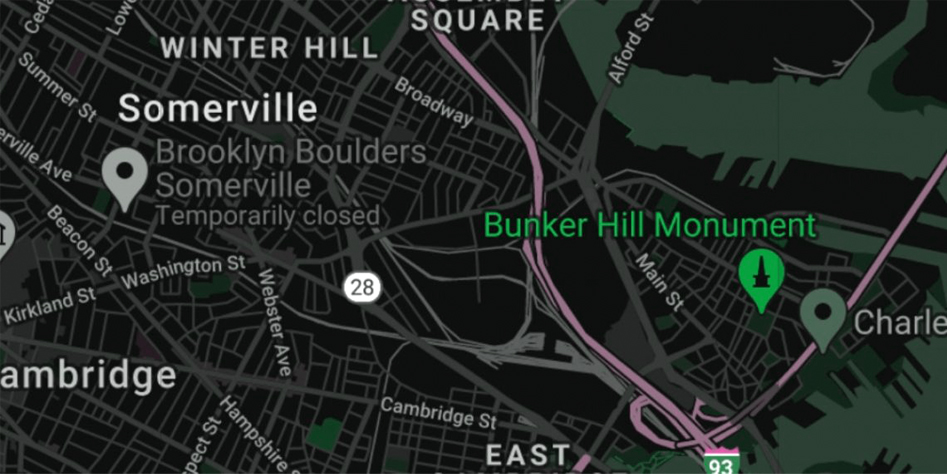 Google had released the update in almost all of its applications for the mobile screen’s dark mode except for the Google Maps. But recently, this feature also got introduced in the same. It scheduled to be released around September 2020, but due to certain delays, this feature came into consideration and used recently.

Considering this feature, many android app development companies have created applications that enable the dark mode.

To set your screen to dark mode in Google Maps, go to the Settings tab of the application, and select the themes option. Then, select the toggle button Always named in Dark Theme or similar options in it, and your screen will be visible in dark mode.

4. Now give commands to Google Assistant without physical connection: 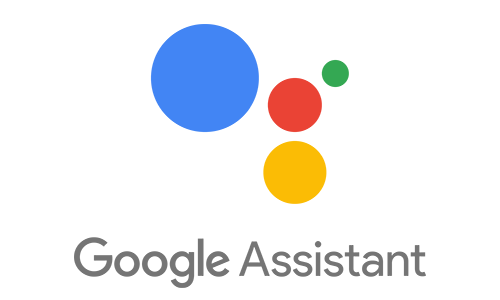 We all know Google Assistant is not a new feature for its users as it introduced a long time ago. But there are certain features and functionalities in Google Assistant that added recently.

For example, initially, the Google Assistant accepted the commands like the keywords for Google Search, opening the applications, etc. After the release of new updates, users can now set alarms, make phone calls, play music, send and receive messages, etc. Above this, few cards are there to make visible, which we call Glances, while the screen is locked. 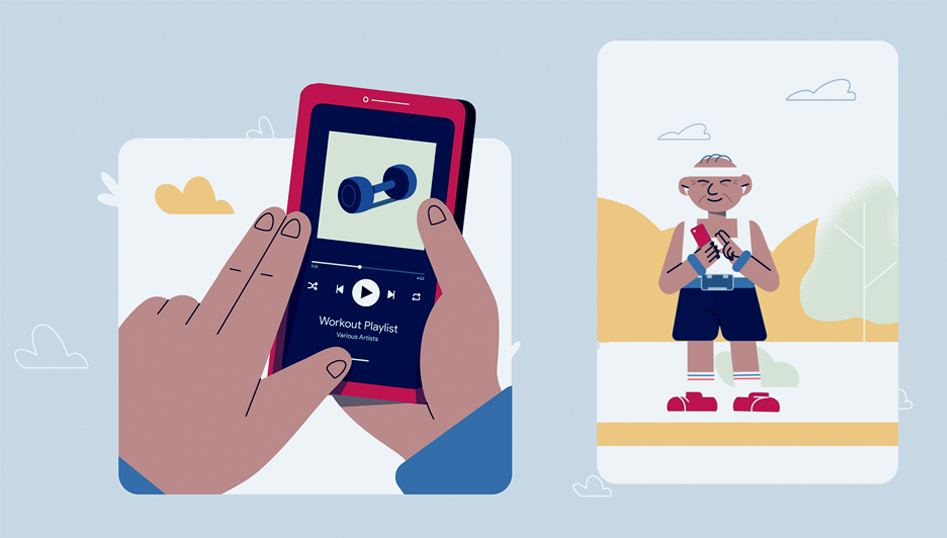 For its specially-abled android users who might have low or no vision, Google has introduced TalkBack, which acts as a reader of the components active on the screen. Updates like dynamic gestures, menu, reading controls, etc., are added recently.

Google has made the announcement for the release of these advanced features, some of this being- easy to use multiple fingers gesture supported in Pixel as well as Samsung phones, three-finger swipes enabled reading controls, various commands added recognizing the voice of the user, support for braille keyboard and other two additional languages, etc. 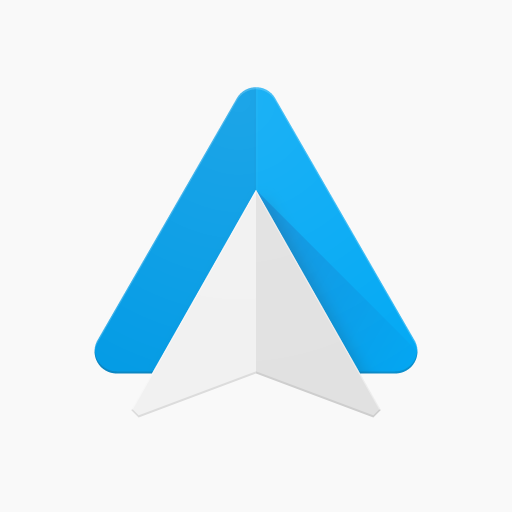 The latest updates released in the Android Auto application included customized wallpapers and games that are voice-controlled. There are also various shortcuts available on the home screen, for example, contacts, weather updates, temperature check, etc., with the help of Google Assistant fed in the application.

The future updates of the application included the splitting of the screen due to the higher width of the screen in the vehicles, which will be helpful to the users in accessing the phone easily. 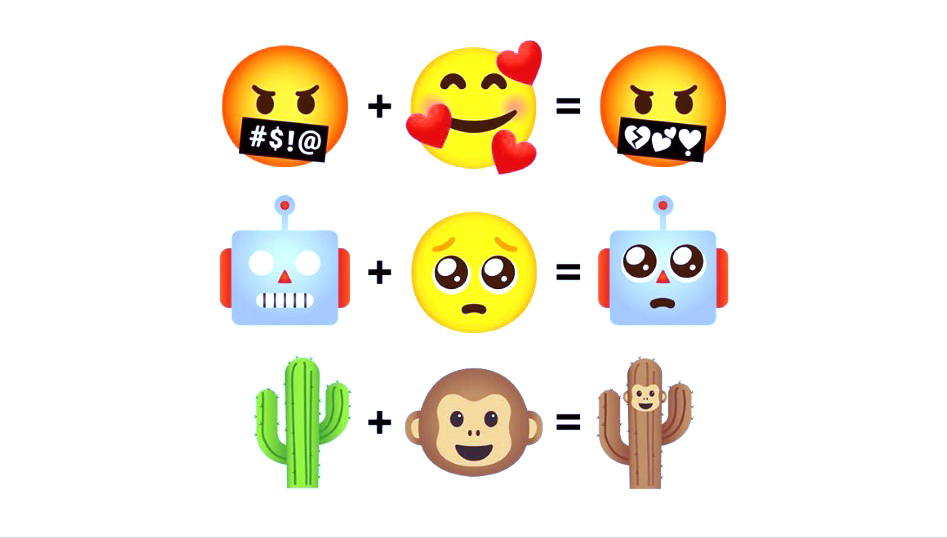 Till now, there were a few hundred stickers available on Gboard, a keyboard defined by Google for its users. The latest update has released more than 14000 such emojis, which can also be customized as per user preferences. This is known as Emoji Kitchen among android users.

This enables its users to select two emojis and check out their combinations for creating a customized one, along with a number of features and emojis provided to them as a suggestion.

Currently, the Emoji Kitchen is available as a Beta version for its users. Still, it will be available shortly to all the users in a short span, according to Google’s statement.

The latest release of Google is to launch more Audiobooks possible on Google Play. The company has also provided the tools for narration to help the authors of the US and UK to compose the audio for their literature easily.

The launched applications are still in the Beta phase and will be available to users in early 2021. 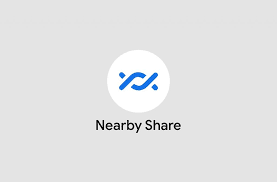 Using this application, one android user can easily send and receive the android applications to and from the other android users. These apps can be sent via multiple options available- for example, Bluetooth, WebRTC, Wi-fi, etc.

Share an app directly from Google Play, go to the Share apps menu in the Manage app and games section and choose an app that you want to share. It required that the other android user must permit to accept that application.

This feature will also be released soon, as shared by Google. 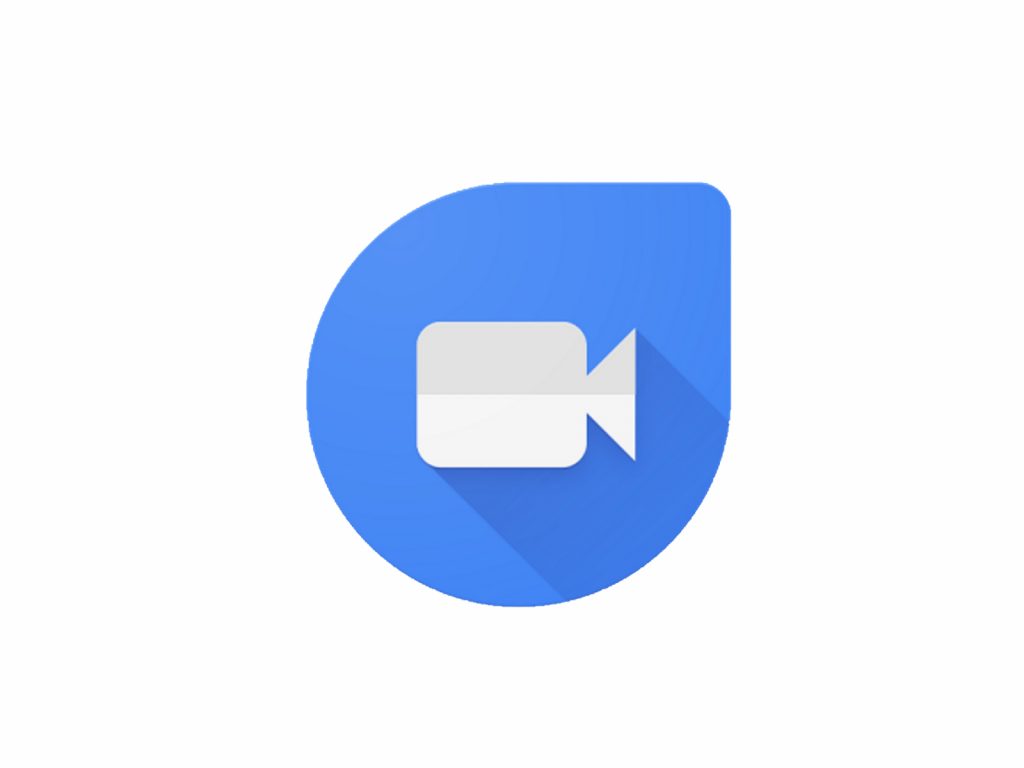 Being on a video call and sharing the screen with friends on Google Duo was an impossible task earlier. But with the latest release, Google has added the feature of screen share while the call is on Google Duo. This is similar to Google Meet, in which screen sharing is possible, which allows us to share various types of content like videos, images, etc.

In addition to this, the sharing of video messages has also been introduced, in case the person you are calling is not available at the moment.

For those having issues with hearing, or the receiver’s location is such that the voice in the video is not audible, the video messages are available with captions that are automatically generated.

If you want to communicate without voice, in the form of descriptive short phrases and pictures, Google has come up with this latest release known as Action Block. This is an artificial voice generator, which will help people with cognitive disabilities for speech, age, etc.

Google has incorporated a large number of pictures, in addition to various learning materials for speech therapy. In addition to this, the feature is available in multiple languages like Japanese, German, Italian, French, etc.

This feature automatically recognizes the meaning of the word you are entering, and based on that, would suggest specific actions you can perform. This feature is now made active in Overview so that it becomes easy for you to perform your desired action.

The auto-rotate feature of the phone is now well maintained and is also becoming less frustrating as the selection of toggle for auto-rotate on or off is now a pop up that is placed near the icons in the navigation bar and gives you the options to choose whether you want to keep the auto rotate on or not. Also, this will be helpful for the applications that are designed, especially in portrait orientation. This will result in a locked orientation of the screen, preventing sudden screen rotation.

Sometimes, you try to lower the media volume playing in the background, but you end up reducing your ringer volume and missing the necessary calls and notifications.

Hence, as per the latest release, the volume controls are given as a vertical pop up where you can select the volume type to be lowered. Also, there are built-in icons with specific purposes like mute, no volume, full volume, etc.

For new developers and learners in Machine learning, Google has announced a set of APIs that can detect the face, speech, image, etc., in the form of an ML kit. With the use of this, mobile app developers can easily develop ML-enabled applications.

This feature is made available to look after the well-being of its device users! For example, your habits, search pattern, gaming choices, etc., will be recorded in the dashboard, and at a specific time, it will ask you to switch the apps off and spend quality family time too! For example, if the dashboard tracks higher screen time on youtube, it might notify you about the overuse of the application and suggest you spend some qualitative time with family and friends.

With this update, one can set the timer for limiting the usage of a particular application. You will be prompted once you are close to the timer getting off. Hence, the feature will continuously remind you about the time spent and the remaining time to use the phone.

What is the android application Development Company doing to us?
Android 12 “Snow Cone”: All New Features and Changes That You Need to Know About