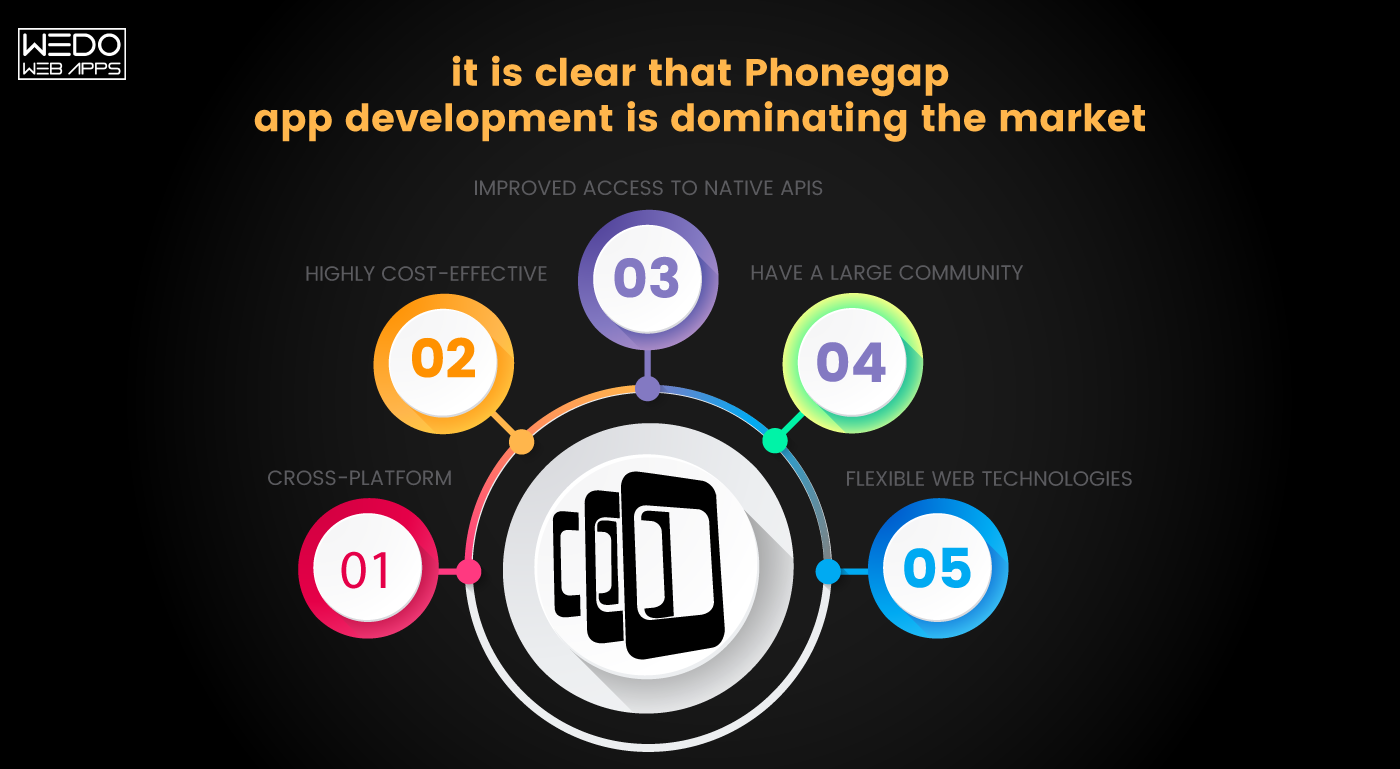 In the race of mobile app development technology, where native and hybrid solutions are confusing businesses, Phonegap has also entered the market. It is a new mobile technology that offers cross-platform mobile apps, allowing enterprises to target a broader audience. As we know that developing a native application for each operating system (Android or iOS) is an expensive process. That’s the reason companies are choosing cross-platform app development to target a broad audience and stay ahead in the competitive market.

What is Phonegap mobile app development?

It is an open-source, cross-platform mobile app technology that was introduced by Nitobu Software, which is now known as Adobe. It allows developers to create robust mobile apps using standard languages such as HTML, CSS, and JavaScript. No additional knowledge is required for developing apps on the Phonegap platform. This platform empowers you to create hybrid applications that optimize web tech and convert them into native by getting the apps approved from Play stores on different operating systems.

How does PhoneGap bridge the gap between the mobile app development platforms?

Here we’re discussing top reasons that explain why one should opt for Phonegap platform instead of other frameworks available in the market:

Mobile app development is admittedly a daunting process, and the developers must pick a reliable platform. PhoneGap is a robust cross-platform, which is highly compatible with top operating systems that include iOS, Android, WebOS, Symbian, Blackberry, Bada, and Tizen. With Phonegap, the app development team has to write only one code diminishing the efforts to write different systems for multiple platforms.

If you’re working on a razor-thin margin and want to leverage maximum with low investments, then PhoneGap is the right framework for you. You can write a single code for an application and run it on multiple platforms. As a result, you can save a lot of money as well as effort.

The mobile developer’s team of Phonegap app Development Company gets quick access to the Native APIs, allowing your app to make use of the geolocation, camera, accelerometer, contacts, and all the other native features. It also helps the users to get the experience of using native apps, which is tremendous when compared to the web applications.

Have a large community-

If you are exploring some new framework, then you need to have the best support. Well, the Cordova development community of Phonegap is one of the largest cities and is expanding consistently. The developers of this community are friendly, and you will get an answer to most of the difficulties. There are millions of examples and so many qualified members who will provide you with great support.

High flexibility to use web technologies-

Typically, Cordova apps are developed using some of the natural languages like HTML, CSS, and JavaScript. You don’t have to learn any new language when you are developing a mobile app using PhoneGap. You can use the existing literature and write codes with comfort.

PhoneGap has been available for a long time now, and so it offers millions of libraries and frameworks to guide you.

The developers have exceptional suppleness and versatility as the entire app development process is simple. There is no need to put in hard work to carry out the development process. Basic knowledge of JavaScript, CSS, and HTML is sufficient to develop an app.

It is the biggest problem for most of the mobile users to see the web page that is compatible only with tablets and desktops with big screens is cumbersome. Scrolling down to the page and checking with it and some other tasks take a toll on you.

But with the UI libraries offered by PhoneGap, the user interface of the apps and web pages can be improved efficiently. This assists in procuring a better viewing experience for set targeted viewers.

When should one use PhoneGap?

PhoneGap is an ideal option if you want to design a simple mobile web application with the feel of a native app. PhoneGap can access the native APIs.

If you want a powerful web application with native apps, then Phonegap is the best choice. Lastly, everything depends on the requirements.

If you have excellent expertise in app development, PhoneGap will come in handy for you, and you can develop an application, which is highly responsive as compared to other web applications. The response is praiseworthy, and it also allows you to enjoy frameworks like JQuery, Shensha to make your app look unique and stand apart.

As per the points mentioned above, it is clear that Phonegap app development is dominating the market as it offers fantastic and rich in feature mobile apps for businesses. Phonegap is a unique framework that requires less knowledge and efforts to develop a scalable and reliable mobile app.

Phonegap is an integral part of Adobe’s Creative Cloud, and so it offers free and paid versions to Cloud members.

PhoneGap is the part of Apache Cordova. It is an open-source framework, and so it is available for free. The difference is between the names only.

It is a cross-platform mobile app framework that optimizes CSS, HTML, and JavaScript to deliver the essential feature. On the other hand, PHP is a server-side language, which is used on servers. All you need to is make a PHP file and link with PhoneGap using ajax.