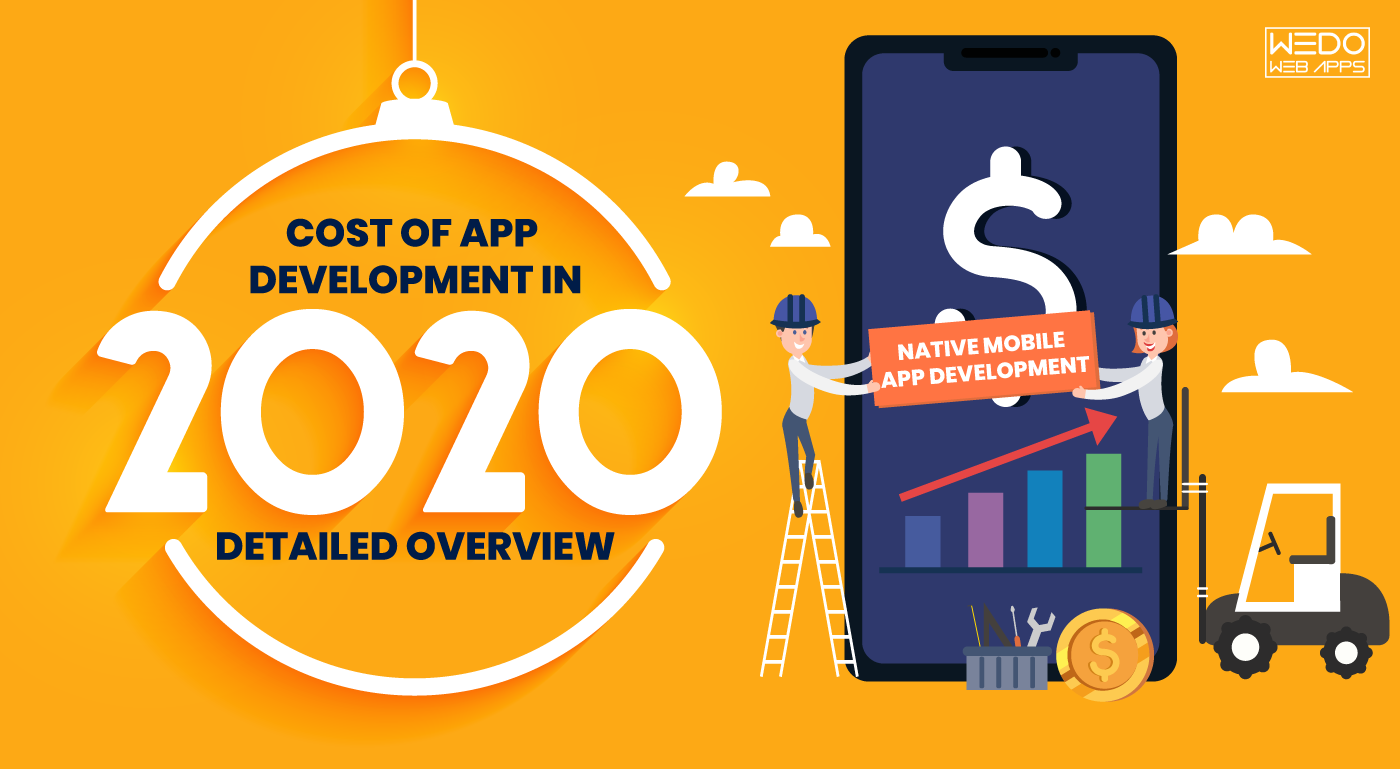 How much does it cost to develop an app in 2020-detailed overview?

There is no such industry or sector that remains untouched by technology. The past decade has seen a significant rise in hand-phone users which has paved the way for numerous apps to be built across genres. From buying a piece of jewellery to booking a ride to carrying out bank transactions while on the go, our lives have become so much easier, thanks to the sturdy apps. Today small and large scale businesses are investing heavily in mobile app solutions. Connecting with your audience through apps is not only a great marketing tactic but an effective medium to share the latest updates and offers.

Seeing the current trend, you would be contemplating about designing an app for your business. If that’s the reason you’re here and reading the article, the question that you’re looking an answer to would be- how much does an app cost? Well, that’s a difficult question to answer in one word. An app development cost depends on various aspects. What are the features you’re looking for, how complex would the app be, the platform the app will be based on are few of the questions basis which any mobile app development agency would share a figure. The starting range for app development is $ 50,000 which includes basic features and necessities. As you keep adding multiple pages and asking for a custom design and complex infrastructure, the development cost multiplies. Moreover, the cost also depends on the region where it’s being designed. North America and Australia are the most expensive countries demanding between $ 150-180 per hour for IOS and Android. In India and Indonesia, developing an app is relatively cheaper which falls between $ 10-30 per hour. So let’s head on to understand what are the factors which affect the app development cost and how to reduce unnecessary costs.

Investment in the platform

The first question which helps an agency to determine the cost for building an app is finalizing the platform on which the app will be built on. There are two frameworks which can be used to build an app:

Native app development means that the app will be coded in the language which is particular to the platform however a hybrid or a cross-platform app is when an app is built through a shared operating environment and is supported by several mobile platforms. As compared to Hybrid or Cross-platform apps, Native apps offer superior performance, the interface built is compliant to the platform which means the app is scalable and various features and functions can be improvised in the future. Hybrid apps, on the other hand, do give you the benefit of building one app for all platforms simultaneously however the flipside to it is that applications might run slower because of the slow response of the interface and problems with debugging.

Android vs iOS or both

While developing an app, another question that we spend a considerate amount of time getting an answer to is which operating system should we choose for our application? Factors like market share, development cost and complexity, app maintenance, etc need to be thought over before making the final decision. Developing applications for both platforms differ significantly. From different programming languages to development environments, both platforms differ greatly. If you’re planning to go ahead with Native mobile app development and choose one particular operating system, the price difference for creating an app between the two platforms remains the same. However, if you’re planning for your app to be present on both the platforms, then there will be a relative increase in the cost of development.

Category of the Mobile App

The type of app that you are designing also makes a difference to the overall cost. A basic app will have limited functions whereas a social networking app will have more various other functions to be incorporated like chats, data sharing which in turn will require a wider wireframe to operate.

Before the work starts, app development companies share the total number of hours in which the app will be built basis the requirements they have received regarding the app features, design elements, etc. A simple app with basic features will take 500-700 hours on average for development whereas a complex app with custom designing will take more than 1000 hours. Depending on the complexities of design, a team is put together which generally includes a project manager, UI/UX designer, app developers, business analyst to count a few. The more complex the app is, the greater will be the resources used. Like we earlier discussed, different regions have different costs for developing apps, therefore it’s a smarter decision to outsource the work to a country like India or Indonesia which charge a lesser per hourly rate as compared to North America or Australia. App development has four stages wherein each stage has its own cost budgeted costs.

This is the most initial stage for planning and researching how the app needs to be built, the features it needs to incorporate, the timeline for the project, etc.

As the header suggests, the developers and the supporting teams start building the wireframe of the app.

Once the app is ready, it’s thoroughly tested for glitches, bugs, etc post which the necessary changes are made. These changes can either be incorporated within a short span of time or can delay the launch of the app if a lot of work is needed to rectify the functionality.

This is where the complete app is ready and is available for users to experience the application. It also includes maintenance costs and various updates an app might need to stay relevant to the changing trends.

All four stages have their own additional costs which are additional to marketing costs, third-party integrations, backend development and other related costs. These are some of the factors which will help define the total cost for an app although an app development company along with your research for the app will be able to help you allocate the right budget for building an app. Find out more on how to shortlist on the best mobile app development company.

Top 10 mobile app development frameworks in 2019-2020
Does your business need a compatible e-com website to grow?