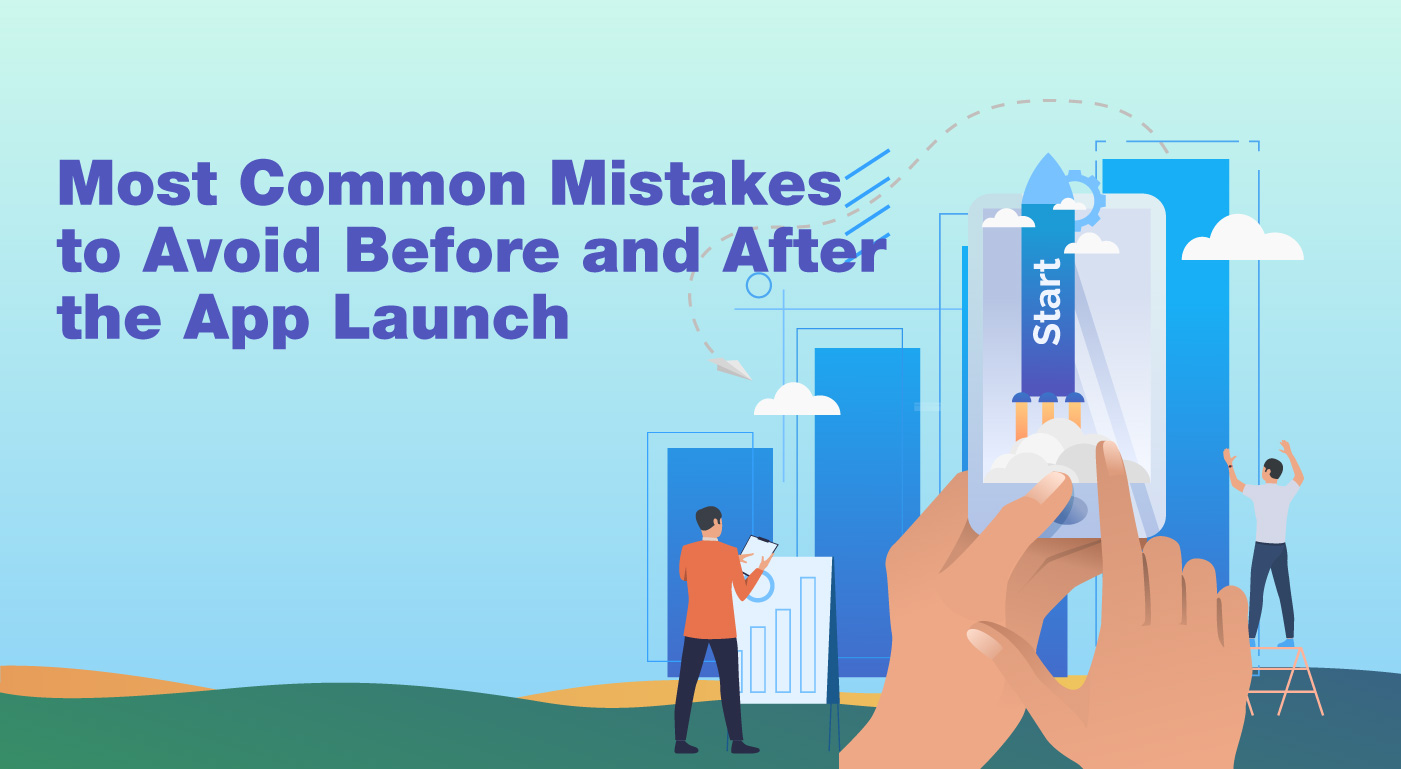 What Mistakes Should An App Entrepreneur Avoid Before And After Launching A Mobile App?

Having the first rank in the entire App Store or PlayStore sounds like every app marketer’s dream!

The mobile device is perceived as a fundamental tool in this epoch. From perusing the news to playing games, exploring, shopping, social media, and far more, the best mobile development companies have changed the scene of the current time.

As per the survey, 20% of apps fail as they’re neither seen by users nor searched by users. However, that doesn’t mean that application development or the app design is bad! It’s just they might not pull themselves out of failure they fall under. If you have worked hard to building apps, then it’s not that you have achieved everything. The half battle is still remaining!

Avoid Mistakes Before the launch of an Application

Do Not Grab Pre-launch Opportunities

Before Launching the app, grab the pre-launch app marketing opportunity. Whilst it’s essential to make a high performing app, marketing endeavors are even as vital to ensure achievement, once your app has propelled to the app store. Eventually, people start promoting too late and as a resultant, there is less time to build up the brand.

For App marketing, start advertisements on different channels, social media platforms, pre-launch events, even encourage industry influencers and reporters to speak about your app. Put your maximum amount of effort to make it visible to your targeted audience before launch.

Plan the app launch date before you get done with coding. Keep track of upcoming tech events and news, with the goal that the release date doesn’t crash. This may increase the expected response on your android app or iOS app along with more attention for your app as soon as it’s ready.

For a specific mobile platform, you need to differentiate the date as well, whether applications will be launched for Android users or iPhone users.

Beta testing isn’t almost discovering bugs in mobile applications. it’s all about the way to confirm an app can honestly be taken care of, so that it can have the type of impact on the user’s thinking.

In other words, an independent trial of software, app or product reached the final stages of development, it’s not much of a difference here because the main task for developers is to seek out the proper group of end-users to check the app that’s almost complete, that’s why Beta-testing is a wise decision for the best Mobile application development.

Beta testing is a crucial and important step to a Mobile application development company, for all the Android app, iOS app, and Enterprise apps, test thoroughly before doing Branding and Centric with the people.

Do Not Focus On Targeted Audience

Understanding the targeted audience is key to a successful and scalable mobile app launch. After knowing the audience, your task will be a focus, and it will increase higher conversion and retention rates.

But in case, if you have no idea about what exactly your audience wants, then it won’t be an easy task to understand what they dislike about the already available apps within the market. So various ways of surveys would help greatly to gather the key points & loop wholes.

Whilst App development process whether Android development or iPhone app development, Mobile app developer must have to focus on Targeted audience along with the Mobile strategy to achieve recommended review over respective play stores.

Set your promoting plan with these inquiries:

Once you have the responses to those inquiries, you’ll revolve your promoting plan around those clients.

Not Choosing The Proper Platform

You’d worked with iOS app development or Android app development, both have complete-featured native and cross-platform apps. Nonetheless, firstly, learn the pros and cons of every platform and consider where to launch first. Before selecting the platform, first, believe the timeline and priority.

Mistakes To Avoid Post-launch Of An Application:

No Focus On The Update Release

Publishing or launching the app isn’t just the end! Instead, the work begins. Updates are significant as they’re made after the interaction with the specified audience, bugs fixing, lack in core functionality, battery usage, etc. such problems motivate users to update the app with a replacement release.

Whilst Developing a mobile app, Application development companies also need to focus on update release along with the custom mobile application.

No Track Of User Engagement

As far as when we talk about the after launch, the focus should get on the user’s involvement factors. It’s essential to stay vigilant on several downloads, comments, and reviews. You ought to also keep track of users dropping far away from the app. You’ll have a thought of users coming in and going out.

Through proper check, you’ll target users who contribute their involvement to your iOS app and Android app. Simplify your application design to attract more users.

You need to target the factors that are necessary for creating an app successfully. If you ignore reviews and constructive criticism for your app, you’ll find yourself not having enough support from the end-users as they’re going to consider you as a non-professional company.

You need to reply to both positive and negative reviews for sure.

The primary focus should get on before and after app development security as security breaches can leak customer and company data at an equivalent time. It’s easy and economical to include security at the initial stage.

Security is the main factor in gaining the customer’s trust, so the android app developer must have to focus on security if you go with the android application development process. Create powerful and secure business applications for enterprise mobility trends.

Sometimes what happens, bugs may come after the app launch; thus, fixing them with an update to build trust among customers. Neglecting a bug is often dissatisfying and should undo all the efforts done at the time of the iOS or Android app development process.

There are many bugs like app crash, functional bugs, UI bugs, slow response, and many more. Hence, attention to detail in application bugs are equally important as quality coding.

Every user is vital. Perhaps, it’s possible you’ve got thousands of users during this competitive market, but handling every user carefully is critical.

Customer support is mandatory but very few developers use it to supply timely assistance to the customers when required. Poor customer support can harm your business.

We are focusing on User interface design, Wireframes, Prototyping to Development of mobile applications but we also need to emphasize customer support along with Mobile application development.