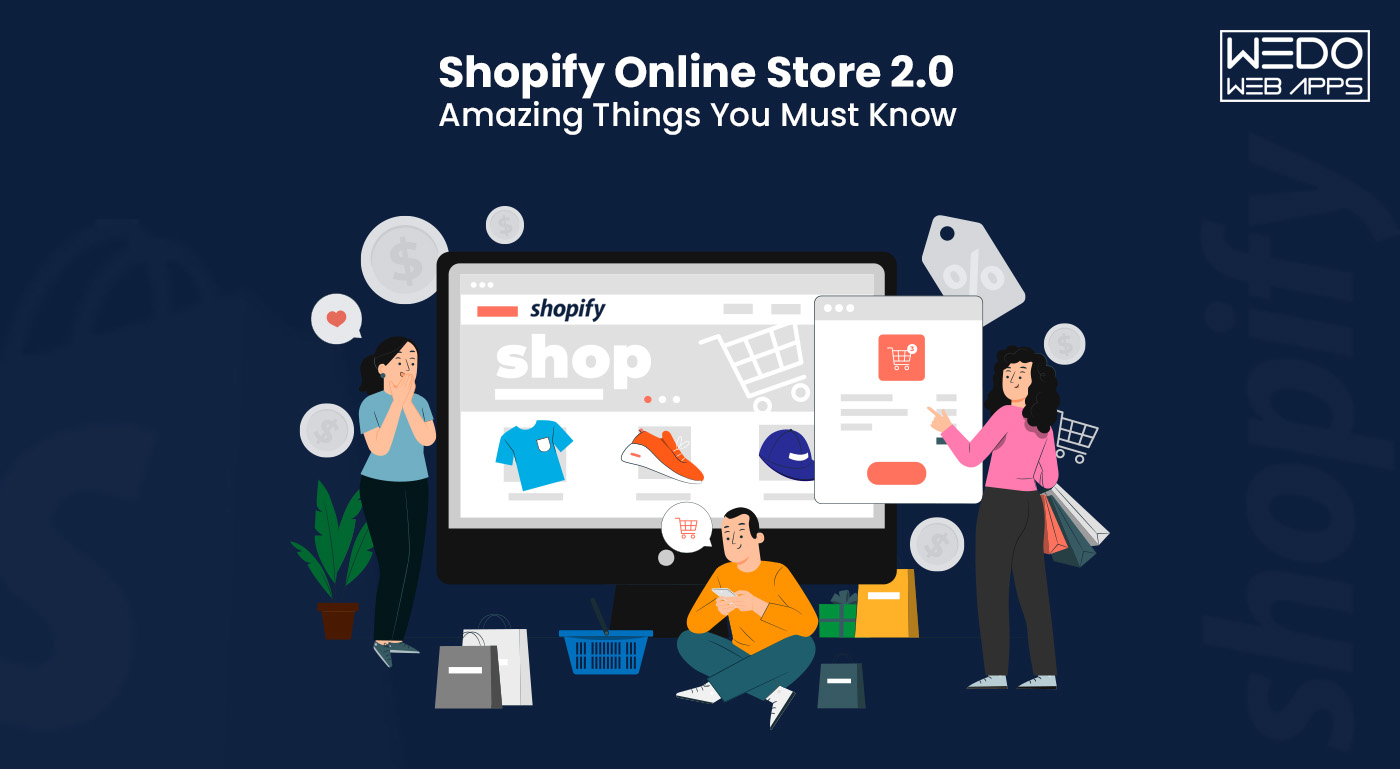 Shopify is trusted by millions of people for their businesses worldwide. Shopify has been the number one eCommerce platform for building business websites and growing the business. It has been the perfect solution for eCommerce websites with both easy to build and easy to maintain functionalities.

Remember your old classmate who pretended to know nothing, but performed extra-ordinarily well in exams. Shopify has evolved from the darker side to the front-runner in the digital era due to advancements in technical features and the increasing need for online shopping.

And the platform is still expanding.

It is one of the most popular eCommerce development platforms and it allows businesses to set up an online store and sell products online, in-store, and through third-party channels.

Shopify has big plans for the future, and they’re using the Unite event to show off a raft of new features geared at small and large businesses alike.

It also continues to meet the demands of its customers by offering new and creative services targeted at improving merchants’ selling experiences.

What is Shopify Online Store 2.0?

At 2021 Shopify Unite, the entire Shopify community sang with delight as the new features of Online Store 2.0 are set to revolutionise the platform as we know it. The new editor in Online Shop 2.0 provides merchants complete flexibility over the creation of new page templates, storefronts, and the addition of apps to specific areas of their store.

The key feature is the ability to alter the structure of every page, not only the homepage! Shopify has also unveiled a slew of new features and capabilities, all of which are centred on best-practice development. The theme they selected as a benchmark is 35 per cent faster than Shopify’s current default theme. Finally, Shopify has released a number of tools to assist developers in providing a better, more consistent, and dependable development service. Let’s get started!

With a “tree-down” view of collapsible sections, it’s even easier to visualise sections within a page – gone are the days of sifting through a huge list of sections to find the proper one. The ability to insert liquid code directly from the theme editor has also been added.

Dawn, the most talked-about theme in the Shopify community right now, is touted as a flawless reference theme with upgrading features to coincide with the release of OS 2.0.

Dawn… doesn’t that sound like a good start for a new generation of online platforms? The Shopify Dawn theme was created by the Shopify web development  team and is the first open-source reference theme, which means it will eventually replace Debut as the default theme for all new stores. Check out Dawn’s GitHub repository if you want to see the code.

With that stated, it’ll be interesting to see what Dawn can accomplish for retailers, as it will be the default theme in OS 2.0 and, like Debut, may be utilised by more than half of merchants in the near future.

Previously, the way a Shopify store’s app is embedded and interacts with it was pretty much fixed in stone. Unless the app developer provides custom integrations or unique compatibility settings, the app will appear in your store where it was intended. With Online Store 2.0, apps are now distributed in blocks within a page, providing merchants complete control over which pages they appear on and where they appear on the page. From the theme editor, you can even make changes to the app’s settings! Shopify Website development would be much easier with Shopify online store 2.0. Both retailers and app developers will benefit from the Shopify revolution.

Another notable feature is the app’s modularity. Using the theme editor, the Shopify development companies will add or delete any UI component. They don’t need to know anything about the theme’s code.

The management of an app’s supporting assets becomes easier. With Shopify 2.0, you can easily manage and host the apps that support purchases.

Merchants no longer need to use APIs or code to add meta fields and properties to their themes. This implies that merchants will be able to add exactly the content they require to the product page, such as a place for customers to provide a sizing chart or an ingredient list. Items that are unlikely to appear in the core store editor can now be added using meta fields.

– Metafields now has a much more flexible type system, which will continue to expand over time to become more specialised for commerce data.

– We’re adding common meta fields, which will make it much easier for bespoke themes to run on stores across a wide range of market verticals right away.

– Users of the Storefront API and Liquid will now be able to give meta fields presentation hints, allowing them to represent merchant data in the way the merchant intended with significantly less bespoke code.

If merchants want to include a product warranty or size chart on their product page, the file picker makes it simple to select the appropriate file and drop it into their theme’s file meta field.

This GraphQL API allows developers to upload or select media files from the Settings/Files directory.

It allows apps to use this storage space for files and photos that aren’t tied to a specific product, such as images used in themes. The next section contains additional information regarding the Files API.

With the current version of Shopify, the File API can update, create, and delete generic files which allow merchants to reuse various apps. In addition, the new GraphQL API makes it easier to upload or select existing media files via settings/files.

Applications can also store data and graphics that aren’t directly tied to a brand in this part. Hire Shopify Developers to develop a Shopify store including all these features and grow your business.

Users may now upload liquid code directly to pages from Shopify’s editor, thanks to the liquid input setting in the 2.0 upgrade.

The main difference between the Liquid and the HTML properties is that liquid variables are now available. As a result, merchants have access to both global and template-specific Liquid objects.

When adding code for applications that use the liquid, this functionality will reduce the need for merchants to manually update any theme’s code. As a developer, this frees up time to focus on novel integrations and solutions while still allowing you to make store decisions.

For assistance and direction, Hire a Shopify app developer from WeDoWebApps.

Developers may collaborate safely on themes using native version control thanks to the GitHub interface with themes. The connection allows developers to edit themes because it has version control capabilities. When creating a merchant, for example, developers might create workflows that require theme adjustments to be assessed and merged on GitHub before being applied to a live theme.

Another important feature of Liquid and JSON is Theme Check, which looks for issues in the themes. The tool then advises best practices for the Shopify platform and the Liquid programming language based on the results of the scan.

By interacting with Visual Studio editors, the functionality reveals code issues. The nicest aspect about the Check theme is that it comes with the Shopify CLI tool pre-installed.

In Shopify OS 2.0, the Shopify CLI tool has also been updated. Previously, the developers generated Node.js and Ruby on Rails apps using the CLI tool. However, custom themes can now be created via the CLI.

The new Shopify CLI will provide app developers with the following features:

– Changes to themes can be created, reviewed, and tested.

– Create a new theme project that incorporates the Dawn theme.

– To publish and push themes, use the command line.

The development themes are hidden in the Shopify OS 2.0 admin area, so you don’t have to worry about any site visitors seeing your store on the hidden theme. The development themes generated locally in real-time can be used to see changes in the theme, interact with it, and alter it using the theme editor. You have a lot of influence over how the final theme looks using the new CLI tool.

Online Store 2.0 is a complete redesign of Shopify’s theme development process. The process of creating a theme on Shopify is easier than ever before, thanks to sections on every page, app-powered blocks, flexible data storage, and comprehensive development tools. Because of the flexibility provided to app developers, there are additional opportunities to create merchant integrations and showcase your solution directly in the online shop.

To make full use of these upgrades, update your themes, add theme app extensions for your apps, and keep growing for merchants all around the world. Hire Shopify Agency if you are looking to avail of Shopify Development services. WeDoWebApps, with all the updated skills and technical expertise, is a pioneer Shopify Development Company across the globe