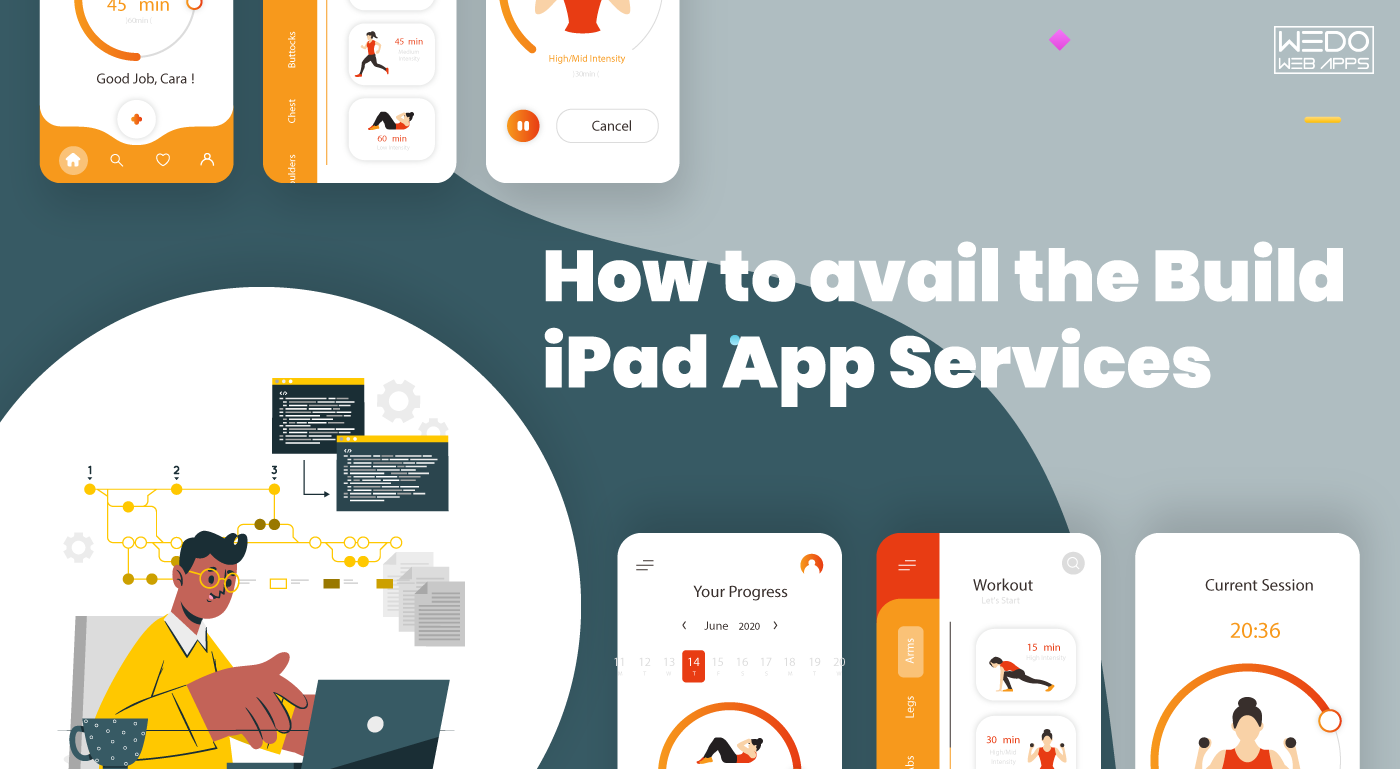 The iOS platform has become a staple in the mobile app development market. All iOS devices may be targeting the premium users more, but it is nonetheless a quite beautiful piece of software. Apple has made it easier for developers to create iOS apps. Even beginners can start developing apps more comfortably than ever before utilizing the iPad Application Development Services. They have lowered the entry barriers, and the development process is easier than ever before.

The iPad caters to a premium kind of customer segment, and so it becomes somewhat of a necessity that businesses look into developing iPad Applications. There is a lot of scopes there, and one can produce all kinds of apps and games. Here is a basic understanding of how to Build an iPad App with the help of iPad Application Development Services.

How to avail the Build iPad App Services

Android has a higher market share in the market as per studies, and it is also pretty evident. But, the iPad has yet to see a worthy competitor in terms of performance and all other things when it comes to the tablet market. Its popularity and demand have been steadily increasing. As a result, businesses are leaning towards iPad Application Development Services. Here are a few of the basics to build iPad apps.

The basics are pretty simple, and the to-be developers should consider these points if they are looking to develop an application. The process may have been made more accessible, but the development still isn’t natural, as some may think. Let us see how the event works and how to build an iPad app.

The first step is signing up as a developer on Apple. This will give developers access to support materials, and they can also connect their iOS devices so that Apple can test the apps. Signing Up is free unless the developer is looking to sell apps. Then it would cost £69 per year for selling apps on the iTunes Store. One can use an existing Apple ID or make a new one altogether. There are also some programming skills that one needs to know before developing applications.

There is a need to set a fixed objective before one goes for Build iPad App. A developer needs to map out what kind of an app or a game they want to build. Decide what the ultimate motive of the app is. Devise its features, scope out its theme, and then gather the assets to start developing it. Please keep it simple and map out a strategy on how to get started. Focus on what features to include and also not too many features.

If someone is looking to move into iPad Application Development Services, they should think about coding their app. It may or may not be accessible, depending on how much they know about coding. Nonetheless, Apple has reduced the barriers for iPad app coding with the release of iOS 8. Along with that, they also lowered the barriers for Swift back in 2014. Swift is the official programming language of Apple in which the code of the iPad App is written. iOS development companies are thoroughly acquainted with it.

Many companies in the market offer iPad Application Development Services. If coding is impossible, then hiring an experienced developer may be the best course of action. IOS Development Companies have experienced developers with enough expertise to deliver a top-notch application for a business. They keep in mind all the specs and requirements and create an app that stays true to those needs.

When someone wants to Build an iPad App, they usually have something in mind. What leads them towards it is the benefits that it offers. The iPad is considerably higher on the list of popular tablets; it is at the top. It also has a vast user base, and that is why one should cater to those customers. That, in turn, helps one grow the scope of a business and thus grow. There are a lot of benefits, but here are some of them.

With this, we have explained the basics of iPad Application Development Services and also its benefits. Build an iPad App can be very helpful for a business or an individual looking to make a name in the tablet market. We hope that this post has been of enough help to you in this matter.