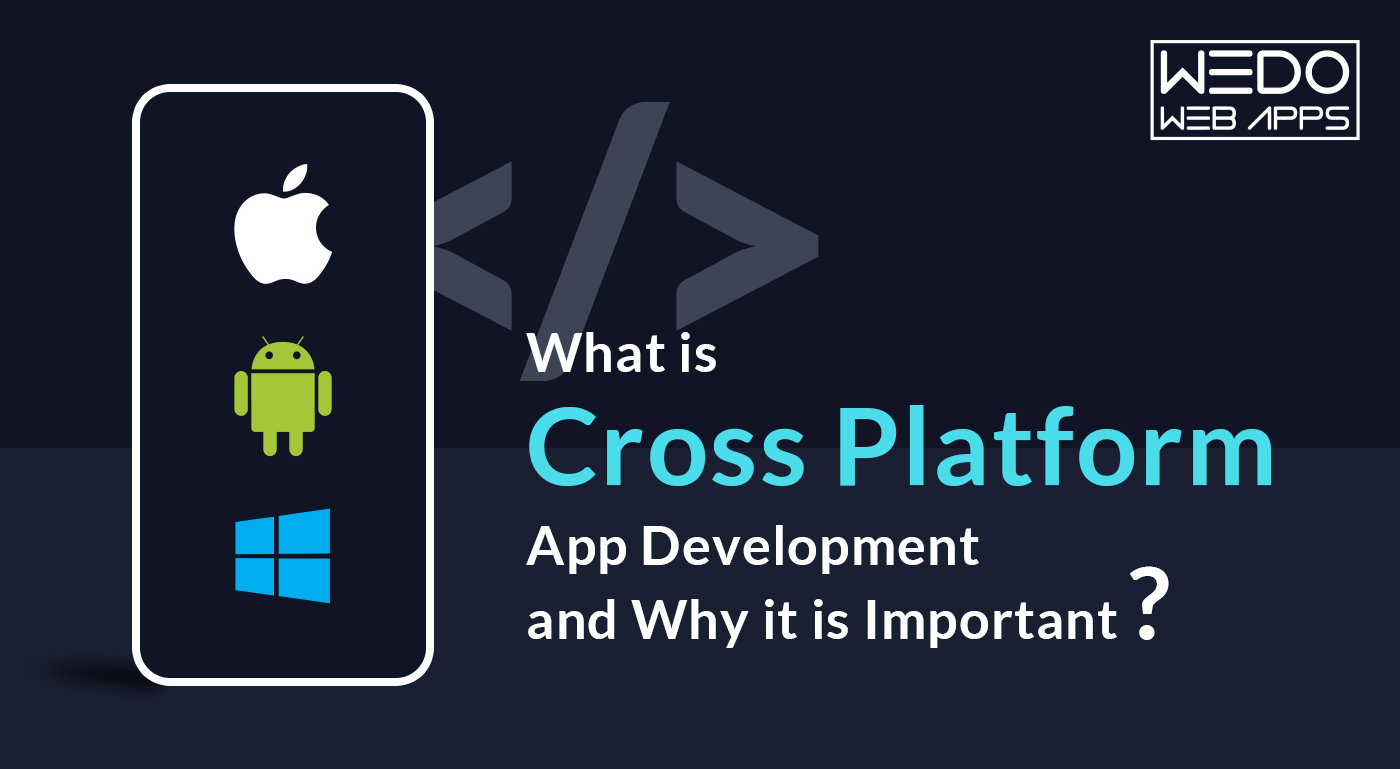 What Is Cross-Platform App Development, and Why Is It Important?

So, you have that million-dollar idea for your next mobile app.

Everything’s ready. But…you don’t have a budget for creating two different apps for Android or iOS?

What should be your next plan? How can you ensure that all platforms work the same?

And where did you get that?

But before that lets understand, What’s a cross platform app?

If you are confused, don’t be. This article will help you understand the following:

What is cross-platform mobile App Development?

Cross-platform app development is an approach that most of Cross Platform App Development company  uses technologies to aid in the creation of apps for both the iOS and Android platforms at the same time.

Building a high-end application using only one type of technology (such as iOS or Android) isn’t enough to create applications that require entering multiple data types.

But why would businesses want to run one app on several platforms? Here’s why: 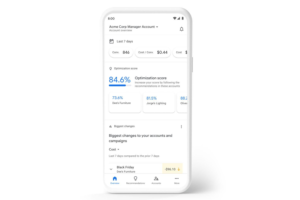 Google Ads is one of the most popular cross-platform mobile apps created with Flutter. This mobile app allows you to create and manage Google Ads directly from your smartphone. Essentially, it is similar to the desktop application, except users can track ad output anywhere – which means no need to be in front of a desktop or laptop to track ads. Users can view campaign statistics, update bids and budgets in real-time, get live alerts, edit keywords, and get in touch with Google experts. 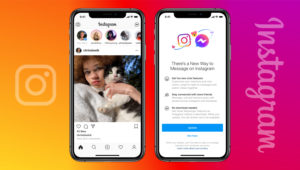 Instagram is one of the hottest social media sites today, with over a billion users worldwide. However, before going cross-platform, Instagram was a native app.  But seeing the benefits of React Native, the app makers slowly shifted each function, like push notifications and profiles, to React Native to see whether it made any difference. To their surprise, Instagram fared well on React Native, and today it used React Native as its framework.

Below are the top preferred frameworks that most Cross Platform App Development companies use.

Facebook (now Metaverse) created React Native, an open-source UI software platform, in 2015 (a little sooner than Flutter). It is based on the JavaScript React from Facebook and allows developers to create natively rendered cross-platform mobile apps. Skype, Bloomberg, Shopify, and many tiny modules of Facebook and Instagram all have mobile apps.

Why is React Native a top cross-platform app development framework?

It was released by Google in 2017 and is a popular framework for developing mobile, web, and desktop apps from a single codebase. To create applications using Flutter, you’ll need to utilize Dart, a programming language developed by Google. Example apps for mobile: eBay, Alibaba, Google Pay, and ByteDance.

What So Unique About Flutter?

Ionic is a 2013 open-source user interface toolkit. It enables developers to create hybrid mobile and desktop apps by combining native and web technologies such as HTML, CSS, and JavaScript, as well as integrations for the Angular, React, and Vue frameworks. T-Mobile, BBC (Children’s and Education applications), and EA Games provide mobile apps.

What Is So Unique About IONIC?

These are the top three cross-platform app development frameworks.

However, it’s also important to look for the right Cross Platform App Development Services, so you can make an app that your audience truly loves.

Doesn’t matter how good a framework is, the quality of code, and architecture play a huge role. Thus, a professional Cross Platform App Development Company ensures that the app maximizes the framework’s potential to create a chart-topping cross-platform mobile app.

How Does cross-platform App Development Compare With Native, Hybrid, and PWA development?

We hope that the above article provided you with all the answers that you had regarding cross-platform mobile applications and their development.

You significantly limit your potential user base when you develop for only one platform. That’s where cross-platform apps fill the gap. As you can see, the most appealing aspect of the cross-platform app is its ability to work on multiple operating systems with a single codebase! However, it’s also important to hire the right Cross Platform App Development Services to ensure wide reach.

So, are you ready to develop your own cross-platform mobile app? WeDoWebapps can help you. We are a US-based mobile app development company with a record of creating chart-topping cross-platform apps. We have built apps for clients in multiple industry verticals such as SaaS, medical, education, etc. Contact us today.

Hybrid development and cross platform development can look similar, but they are not the same. However, they only have one thing in common: ”code reusability.” Creating cross platform mobile applications allows developers to reuse code across platforms once they have written it.

Native and cross-platform application development differ significantly. During native app development, it’s mandatory to develop separate apps for iOS and Android. While in cross platform development, one app works on both devices. 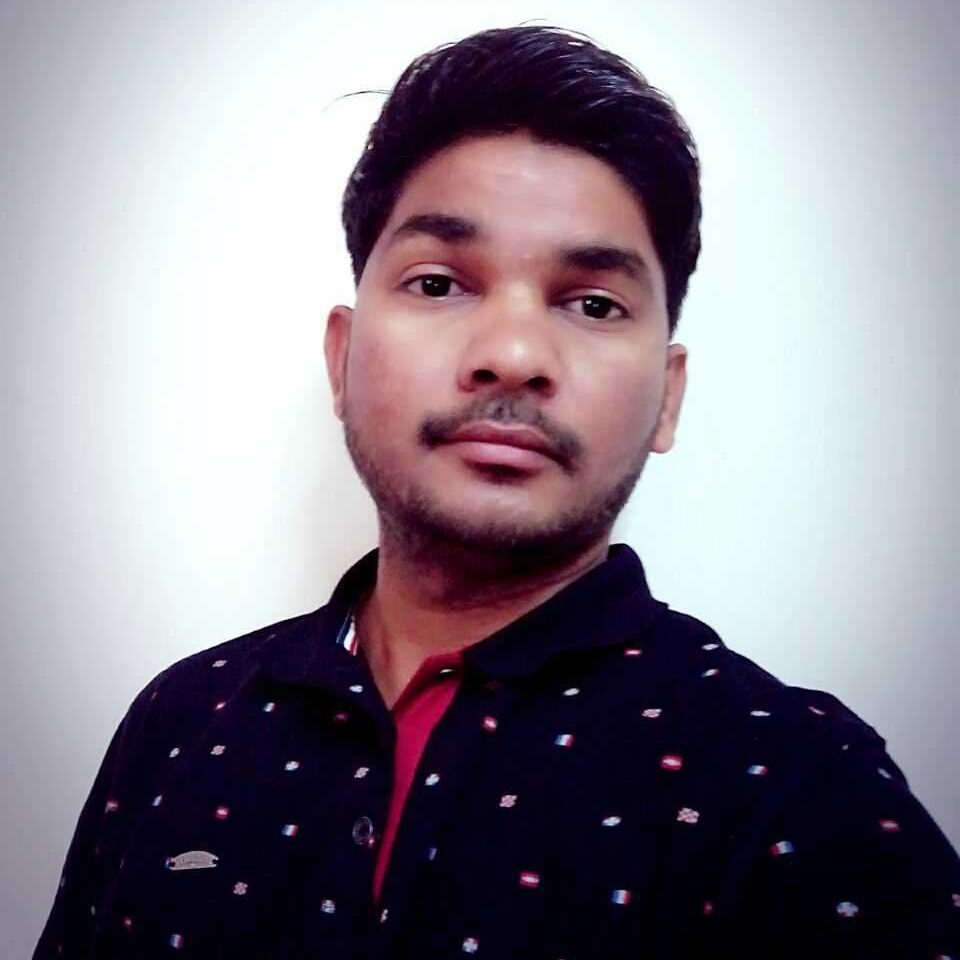 Tarun is a creative and passionate Full Stack Web Developer at WEDOWEBAPPS LLC. He not only performs his duties with a strong sense of dedication but also possesses excellent skills in working with diverse teams to make the project a success.

How One-Stop White Label Design Services By WeDoWebApps Can Help Your Business Thrive
Is WordPress Better Than Custom Web Development?