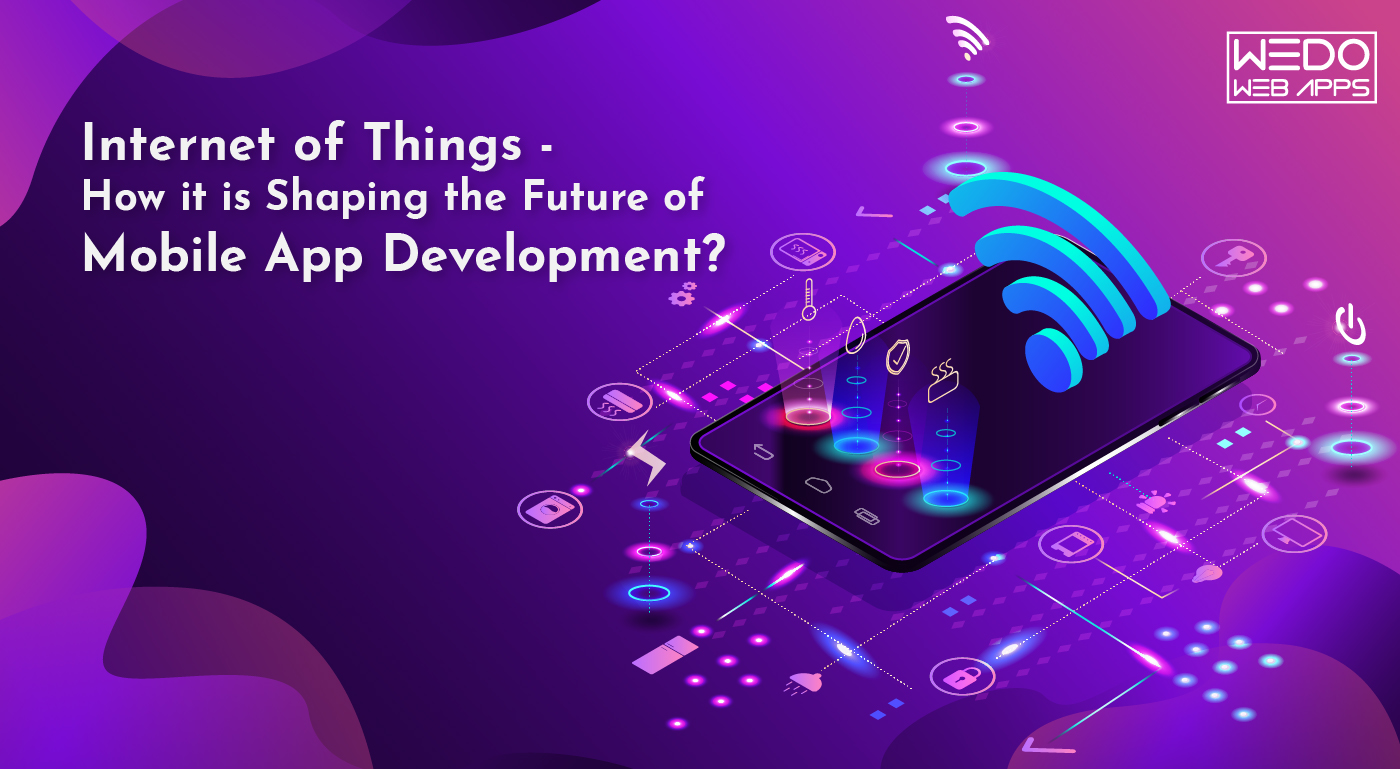 Internet of Things - How it is Shaping the Future of Mobile App Development?

Internet of Things is one of the leading technologies that has completely transformed the tech industry and changed businesses for the better. The Internet of things has significantly influenced modern Living. Our modern lifestyle in the digital era depends on this powerful technology. IoT is taking over other technologies because of how it improves the user experience and the developer experience.

The Mobile App Development Industry is rapidly encountering advancements because of the increasing numbers of modern technologies, and IoT is one such thing. IoT has made an appearance in recent years. People from sectors like healthcare, retail, agriculture, and other different industries are enjoying IoT Solutions. IoT can support communication and interaction at every level. The increased demand for such apps and ease of use are two primary factors why IoT app development services are rising.

According to the predictions, there will be approximately 25.44 billion IoT connected devices worldwide by 2030. In this blog, we will discuss how IoT is the future of mobile application development. However, let us first know what the Internet of Things is in brief.

What is the Internet of Things(IoT)?

IoT is an excellent network of connected things. The relationship will be between people-people, things-things, and people-things. IoT is among the leading modern technologies that help us with almost every aspect of our life. Therefore, anything that has internet access can be connected by IoT. For such a reason, this modern technology can help you control routine devices, even if you are not present at your home or office.

Reasons that Makes IoT the Future of Mobile Application Development

IoT developers are inspiring new steps towards innovation. These days IoT and mobile applications go hand-in-hand. Keeping this in mind, mobile app developers found their dead-end, bringing some changes in mobile app development. With IoT taking off, we can see that now mobile apps are more streamlined and functional compared to the apps developed earlier.

As IoT has begun to take off, users can easily connect to the world via tablets or smartphones. IoT has seamlessly changed the look of mobile apps, and to be successful in making everyone’s life easier, developers should first handle the pain of developing compatible infrastructure and platforms. Developing mobile applications is nearly the same as developing web applications with long-established software development. However, IoT is one of the most significant assets of mobile apps, and will be the future of mobile application development; let’s see how!!

The Rise in Open-Source App Development

Open-Source Development is one of the significant IoT trends in 2021. With the introduction of this feature, app developers like to share more programs digitally. Hence, the integration of IoT in mobile app development will provide developers with the programs that make it simpler to create an application.

Open source development will shoot up the growth of mobile applications. More and more intelligent and innovative minds will enter the battlefield to make the most of this opportunity. Companies and developers collaborating for developing mobile and web applications will become a norm in this industry. Transparency in the development process is another benefit of the integration of IoT in mobile app development. It allows businesses and developers to coordinate with one another smoothly for developing fully functional mobile apps.

This will perhaps be the top trend in the future. Since the number of IoT technology users are rapidly increasing, devices won’t be connected through traditional ways like WiFi, cell, or Bluetooth any more. Mobile application developers need to think about how their devices will interface with the IoT all alone.

Furthermore, for connectivity, mobile applications will require joining a gateway. Since all the IoT innovation requires a particular connection protocol, mobile app developers have brought this idea. Nonetheless, this is yet not the most straightforward approach to change into the real world.

Native apps are built for a particular platform, which is not perfect for applying the Internet of Things. However, hybrid app development is gaining immense popularity these days because it can work on multiple devices and platforms. This brings many opportunities for the developers to develop a smooth user experience and use the full power of IoT to allow users to use your app via any device or platform.

Undeniably, IoT can make mobile apps more interactive and spontaneous. IoT has emerged with new customization options so that your app can keep on updating and can remain appropriate with the functionalities associated with IoT and other crucial features.

Since IoT Technology has emerged in this era, it has brought many advancements in the mobile application development industry. Since it is a new technology in the industry, more unique opportunities can be encountered, and the developers are discovering a unique advantage of this technology every upcoming day. One of the most significant advantages of the Internet of Things is that it helps developers build their platforms for development because of the less availability of the IoT compatible device for a product.

It is expected that the developers who are looking forward to cross-platform app development solutions will be focusing on the niche platform building so that they can offer something new and innovative to the customers. To build a mobile application that users can use easily in the physical and digital worlds, mobile app developers will have to learn this rapidly growing technology, especially the intelligent connected things. Moreover, by developing new platforms, developers will get multiple resources and get a solution that helps them earn profitable returns.

The Rise of Innovative Businesses

IoT has significantly impacted innovation in businesses. Let’s say, If we take an example of Uber App, it uses IoT Technology to collect the data from the users and the connected devices that help you to get a cab in just a few clicks. The organizations now concentrate more on addressing and resolving the customers’ pain-points and developing IoT-empowered business applications to offer valuable solutions. For this, the organizations need to collect a considerable amount of customer data to create customer-centred mobile applications.

So, whether you invest in Android Development Services or iOS Development, integrating IoT technology in mobile app development can bring lots of opportunities to succeed in your industry.

Since IoT-based mobile apps can be used anywhere and anytime, you can control your IoT biosphere, including all devices, hardware, internet connections placed through a single mobile app. Hence, we can competently say that IoT provides location independence.

For example, the iPhone’s Home App proposes functional automation where you can put your accessories such as the thermostat, WiFi system to work for you. HomeKit cameras and video doorbells can send notifications to your mobile app when someone arrives at your doorstep. It means you are not restricted by a place and can control the IoT network from the mobile app. This is one of the best advantages of IoT in mobile app development.

Leveraging the advantages of the Internet of things helps in data security by preventing personalized and confidential data from being attacked. So, undeniably applying IoT-based mobile app development solutions will help you improve the data security of your mobile application.

The potential of IoT is such that it drives in multiple devices, apps and functions as one system managing all. For example, the devices with IoT functionality help you switch on the light, track the cabs, and check the CCTV cameras etc.

Hence, IoT has made life easier for both, the developers and the users. Users can manage everything with one single app that is IoT-enabled; it has also reduced the effort being put by app developers in building an app. The amount of time taken in making one mobile app can now be used in building multiple apps, and that too without any inconvenience. And this is all possible because of IoT. IoT technology has now been able to manage a lot of tasks more manageable for the users.

According to some predictions, IoT will save approximately $1.2 trillion in employee productivity alone. Additionally, using IoT can help mobile app developers to absorb several components cost-effectively. So, incorporating the tremendous advantages of the Internet of Things can help you save a lot of money.

As the Internet of Things integrates everything into one system, it is easier for mobile apps to function and fulfil complex services. Small businesses can effectively benefit from this and can create a fully functional mobile application. The future of mobile app developers and their companies depends on how efficiently they adapt and incorporate this powerful technology. This new technology helps the organizations to take its full advantage of advancement, to help and provide unique and innovative services and improved experience to their customers.

1.How will I be benefited by IoT?

With the help of this emerging technology, mobile app developers and also the users can be benefited in various ways which includes:

2.Is IoT the right platform for Mobile App Developers?

Internet of Things is no longer jargon. It has now become the most important part of mobile app development. When it comes to IoT, every individual would think of the interconnected Apple watch and the mobile applications through which you get your health status and also the data on traffic handling. All this runs on an IoT platform. Manufacturing, healthcare, and business sectors have started using IoT. If considering developing a mobile app, IoT can be the best platform.

3.What is IoT and its uses?

An IoT biosphere is made up of web-enabled devices that use embedded processors, communication hardware, and sensors. It is used to collect, send and act on data they collect from their environments 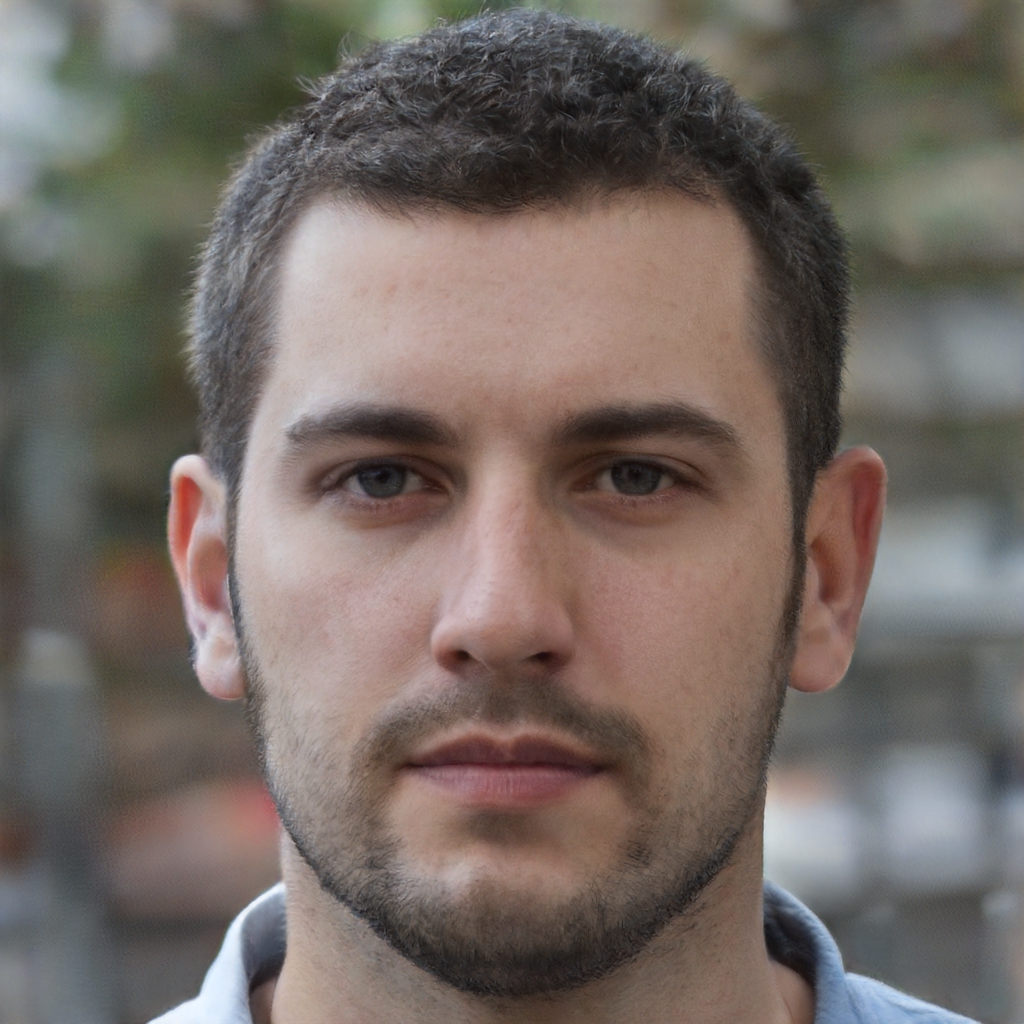 Why You Need to Build a Voice-only App Like ClubHouse Is Your Way Ahead to Success
Top SDKs, Frameworks, and Libraries for Android App Development in 2021