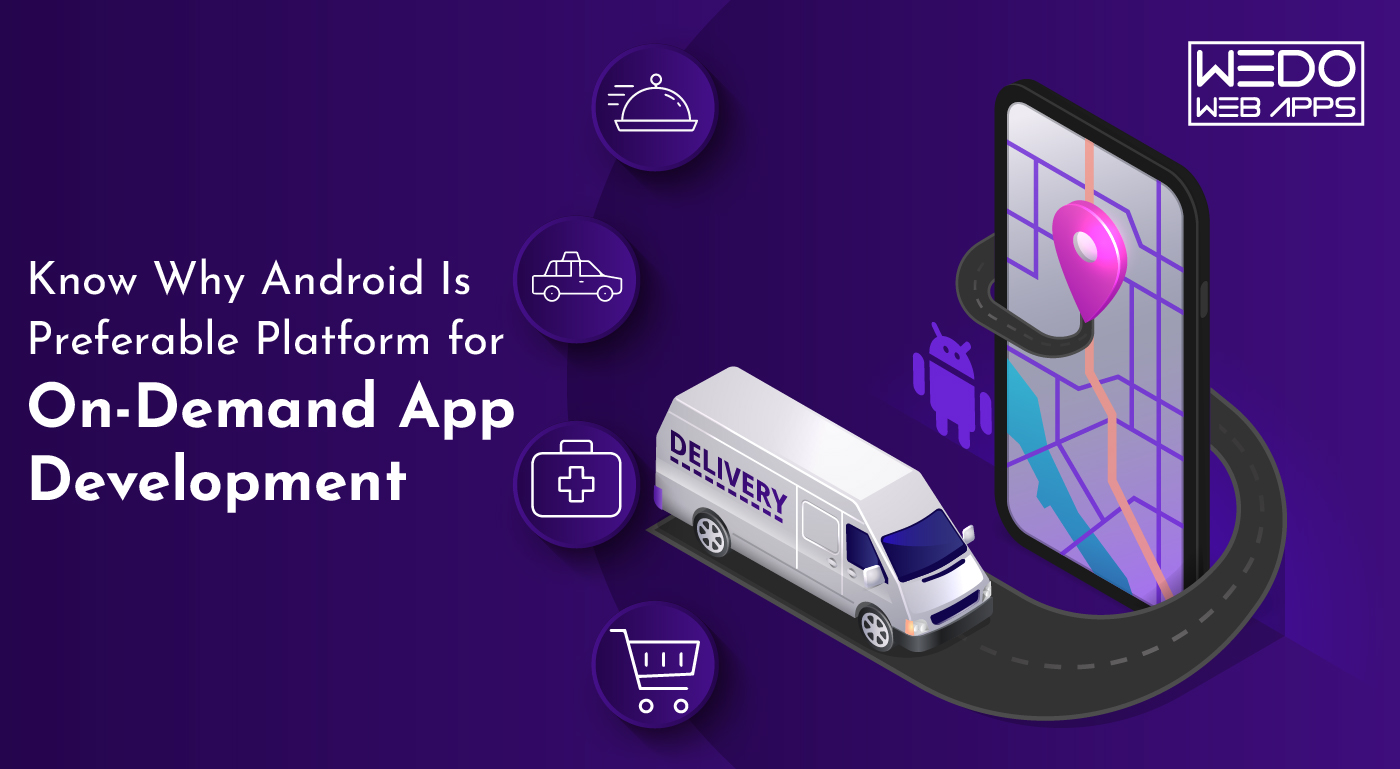 Know Why Android Is Preferable Platform for On-Demand App Development

Applications, or say, mobile applications, to be specific, have a significant role to play in our daily lives. It wasn’t long ago that mobile applications made their way into the technology industry. But, it is evident that these undoubtedly have become the most sought-after thing in a person’s daily routine. The first thing in the morning- talking about most of the folks- we rely on the alarm application that sits in our mobile phones. And further, it’s a chain being followed. One thing leads to another, and there! You’re trapped. In the current scenario, android app development has become secure and a significant task.

Taking mobile applications, mobile app development is an important aspect. This industry has many aspirants as it is mainly used for developing and growing businesses or startup ideas or simply taking forward an initiative. Sometimes, even the government requires mobile app developers for the developments that could serve the entire nation.

When we discuss mobile app development or on-demand app development, for that matter, we shouldn’t turn a blind eye towards the competitors of this industry. The prominent competitors that one comes across in the mobile app development industry are- Google and Apple. Well, Microsoft is also a horse in the race, but unfortunately, the horse runs at a slower pace. According to a record from Statista, there were 2.95 million apps on Google Play Store in December 2020.

That’s pretty huge. Google play store has several different categories to classify these apps into. These categories range from gaming apps, music, video streaming, social media to business apps, payment apps, etc. The list is a long one. And currently, our focus is not on this list of categories. Either, it is the most sought-after apps that are in vogue these days- On-demand Apps. Further, let us discuss in detail what on-demand apps are.

What Is An On-Demand App?

These apps connect the customer indirectly to the various service providers out there in the market. The services being provided separately in the market are made to reach the customer through an online medium to be delivered at their doorsteps. Whether you talk of the food delivery apps, these apps collaborate with the various businesses around a place and simultaneously take orders from the customers and arrange the delivery of that order by themselves. On-demand app development prevails as a prominent task for android apps developers. On-demand app development services are quicker and are more convenient to use.

On-demand apps can be classified into different categories. 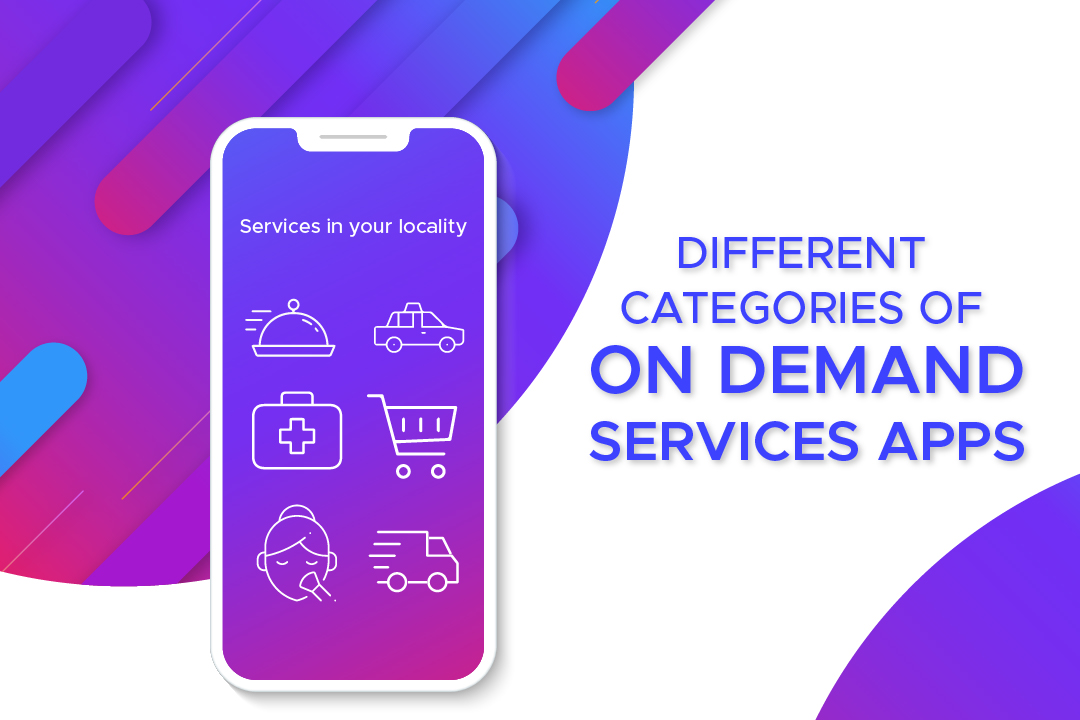 Android is a mobile operating system that is used to develop touchscreen devices, cell phones, tablets. It is based on a modified edition of Linux Kernel and other open-source software, which were predominantly designed for touchscreen devices and mobile phones.

Each day, the number of mobile phones operating on Android is increasing. And likewise, the applications being added on the Google play store are also being proliferated.

Trust us, and the on-demand advancement is here to stay. These apps are so convenient and liked by the users that they become habitual of ordering the essential services in just a few clicks.

Further in the blog, we will decipher why android and on-demand app development goes hand in hand.

Why Is Android The Best Choice For On-Demand App Development?

Android, the most used operating system, has taken the lead in the app development industry. The Android Operating System, which was developed by Google back in 2008, has now become developers’ choice, to be precise. Android has around 1.6 billion users worldwide. Not just this, Android has a share of 71.93% of the world’s operating systems. According to Statista, the data also shows that Android 10.0 is the most used Android version worldwide. 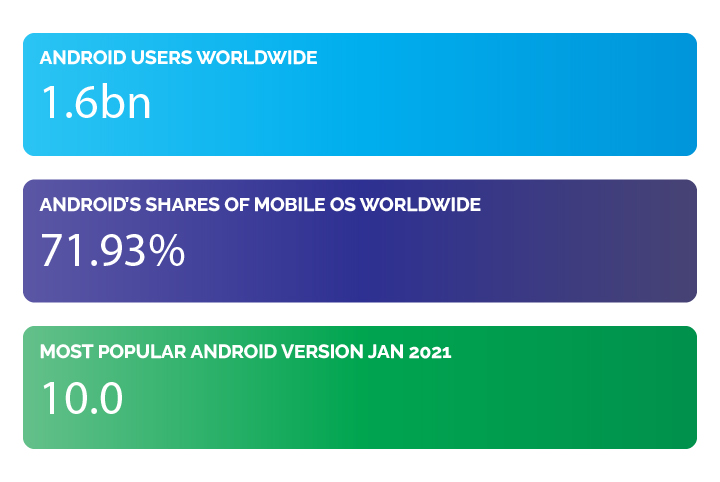 Android app development is the prominent procedure followed by several thousand developers from around the world. There are specific reasons that prove that Android is the best operating system to develop on-demand apps. Over the years, Android has set itself at an elevation from what it was in the past- at the time it was released in 2008. Android is now the most used operating system worldwide, as we already mentioned. Now is the time that you see clearly that it is, by far, the best platform for app development. Android app development doesn’t betray the developers, not the users. This way, the business owners, the developers, and the customers persist in being satisfied with the services.  The Android app platform works just the best for everyone. Here’s how:

Android apps possess a massive share in the market:

as we already mentioned earlier, Android has 71.93% of the share in the entire operating system market worldwide. This data in itself is vast and is consistent with the fact that it is by far the most preferred system. We can deny opinions, not the facts. Here we present you with the most accurate facts brought to you straight from authentic surveys done by the best websites worldwide. Android app development is and will be beneficial to everyone in all domains. People prefer the android apps present on the play store. Statistics and figures worldwide indicate only one direction- Android is faulting better than iOS.

According to reports on Statista, the number of Android apps are 3.3 million in total, whereas iOS apps are 2.2 million. This difference of 1 million is evident that your preferred partner is an android.

Android also has an edge because of the vast geographical region covered by Android worldwide. Android apps also have a considerable share in the two densely or say markets- India and China- the most populated countries of the world. It’s definitely not confined to a particular continent. It finds its immense users based in large parts of Europe and South America, and even in many parts of Africa. On the other hand, iOS gets to witness its users restricted mainly to the US and Canada, if not for Australia.

This clearly shows that if one wishes to reach out to a considerable mass of the populace, he should think about the platform best suited in the longer run. The only platform that would come to a developer’s mind when comparing the facts and figures of the audience being reached, a sensible one would not take a minute to go for Android app development.

Likewise, on-demand applications have a great future if it is for the Android app development process. This procedure is the one that is adamant in bringing you success. Think of this as your mantra- The more influential the audience, the larger the reach, the better is the growth of your business.

Lenient and flexible app policies are your way through any sensible, well-learned expert would have you believe that Google has the most flexible and developer and user-friendly app policies. These policies do not come in the way of developers during the android app development process, nor do they interrupt the working and usage of the end customers of the apps. Having such policies in place turns out to be a blessing for the developers. The guidelines that direct the app publishing and rejection are pretty lenient and easy on the developers. Stringent and hard to mold rules, terms, and conditions as not a thing of Android. The reviewing time taken at Android is even lesser than usual at the play store.

Also, the tremendous expense that every developer or business owner wishes weren’t there is far less for Android developers than it is for iOS ones. While you’re developing an on-demand app, the requirements to pay that extra penny are eliminated. You pay a reasonable amount at Android- a contradiction to what you would pay to Apple.

Who doesn’t like a little more than usual? Everyone wants to have that extra in just the same budget. Android allows you to have that little ‘extra’ in their apps. There is room for additional features in Android app development. Especially when creating on-demand apps, one needs to have several features handy that the customer is provided with the most convenient application to use. Features such as GPS and Maps are a boon for Android app users. These features are not something that should be, in anyways, left out. These help to communicate better with the customer and provide them with leverage of comfort.

Customization is a piece of cake:

On-demand apps are not easy to maintain in general. Now and then, there’s something that needs to be changed to get a modified version of the app. Also, to cater to the needs of customers, you must include each functionality that is desired by your audience. This makes your app more reliable and convenient. To get this done, Android provides smooth and easy customization options for the developers to put in a feature and update the app whenever needed.

With Android, you get the benefit of google assistant. This assistant is incredibly profitable as it has a voice-enabled assistant at work. Your command is its order. You give the command, and it gets encrypted immediately, thereby leaving no room for dissatisfaction. You can search for a thing while doing a task effortlessly.

Google gets you 15 GB of data storage free of cost on its cloud. This data can be stored in Google Drive. This feature is highly beneficial when you wish to develop an on-demand application. Launching the on-demand app on Google Play Store will be smooth for you in light of the extensive storage that’s provided.

Multiple languages at one place: 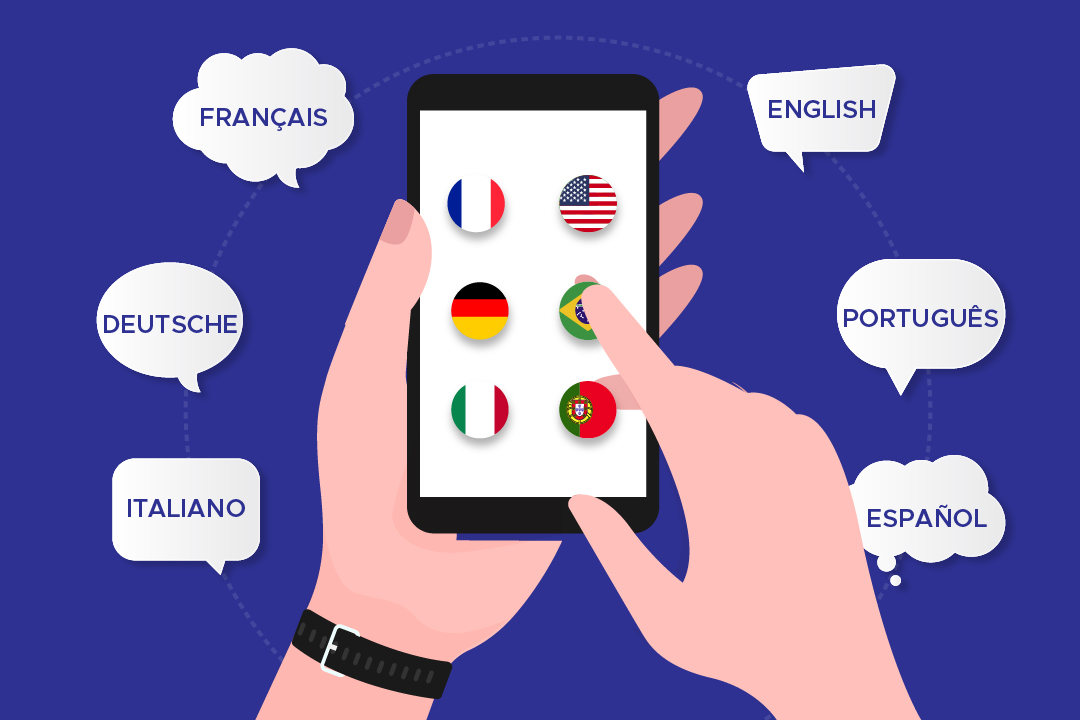 The on-demand application should likewise have various language support components as it depends on the B2C model. It is a significant advantage that Android offers help for around 100 dialects in contrast with simple 34 languages on account of iOS.

Closing Lines: Are You Ready to Build an On-Demand Android App?

These days, there’s a powerful desire for on-demand applications in the market. With pandemics revolving around our lives, we surely need certain on-demand apps to work for our essential needs to be catered. Well, we’ve provided you with enough reasons why choosing Android would be the best choice for anyone. Consider all these points and choose the best for yourself.

With over a decade of experience in the field, we have covered almost all business areas of one or the other companies. If you have a project idea to discuss, you can contact us and discuss the details. Our android application development company will make the next android application a massive success!

Is a Multilingual App The Way Ahead to Ride Customer Acquisition?: Everything You Need To Know
Is Your Website Up-to-date? Does It Need Regular Maintenance Or Renovation?