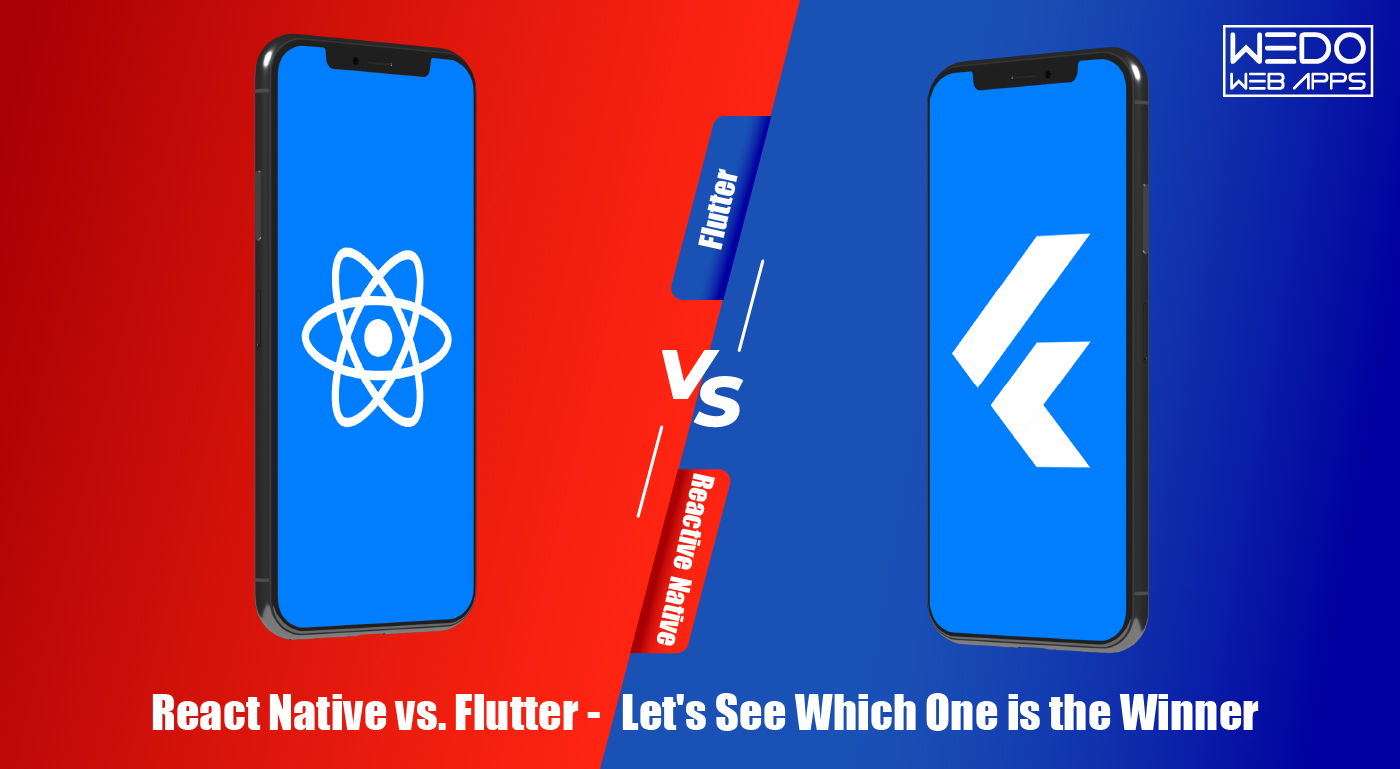 React Native Native vs. Flutter - Let's See Which One is the Winner

React Native by Facebook and Flutter by Google. These are the two hot cross-platform app development technologies creating a fuss in the digital world. Mobile Applications are the essential source to extend the business. An average individual spends over 90% of the online time using mobile and web applications. Application Development should be approached in such a manner that the apps can be used by everyone similarly.

Due to the growing popularity, every business is looking for applications to survive in the competitive market. Most importantly, companies are looking for options to build a mobile app that is compatible with Android and iOS. For this, the developers in the market need to learn so many technologies. Companies are switching to cross-platform app development over native solutions to build the applications for Android and iOS with faster speed and fewer resources to solve this problem.

Out of the various options available online, Flutter and React Native are the two best cross-platform development frameworks for mobile application development.

React Native is an open-source platform built by Facebook in 2015. It has easy access to the native UI components, and you can also reuse the code. Along with access to top-quality third-party libraries, it also has a hot reload feature. In comparison, Flutter was developed and open-sourced by Google in 2017. Flutter contains a vibrant ecosystem with maximum customization. Like React Native, Flutter App Development also has a reload feature, but the advantage is, it offers a faster code compilation feature. Hence, when React Native and Flutter are compared, Flutter has the edge over its competitors.

React Native is already a mature tool, but Flutter has also started gaining popularity since its launch in 2017. In this article, we’ll see a React Native vs. Flutter comparison on various exciting criteria.

Finally, Which One Wins the Battle – React Native vs. Flutter?

If we compare React Native and Flutter, it is evident that Flutter is one hand ahead of React Native. Flutter is better in terms of performance, compatibility, UI Components, and Development APIs. However, when it comes to finding productive and skilled developers for app development, React Native has significant popularity and is adopted by many businesses.

React Native and Flutter both are parallel. Both the cross-platforms have their pros and cons. React Native can be the best choice in terms of experienced developers and productivity, and Flutter can be a good option if you want to use a new platform. Many industry experts have predicted that Flutter can be the future of cross-platform app development until React Native community keeps updating itself. Well, it isn’t easy to choose between the two. Flutter has very strongly entered the app development industry, and it is a bit difficult to predict the future. So let’s wait and watch which one comes out to be a winner of this race.

1. Between Flutter and React Native, which one to choose in 2021?
It is very tough to say which one is better as both the frameworks have their pros and cons and perform well in the cross-platform app development industry. So, we would recommend you to make the decision based on the comparative article shared above.

4. React Native or Flutter, Which is Faster?
If we talk about speed, Flutter is way faster than React Native. React Native is not compiled to native code; that is why Flutter offers a faster compilation, making React Native less performing.

5. What Flutter is Used for?
Flutter is an open-source framework used for developing applications that run on Android, iOS, Mac. Linux, Windows, and Web as well.

Apple’s iOS 14 update and Facebook Ads: Know the Aftermath
10+ Trending App Ideas to Start in 2021: Steal Them Before Anyone Else Does