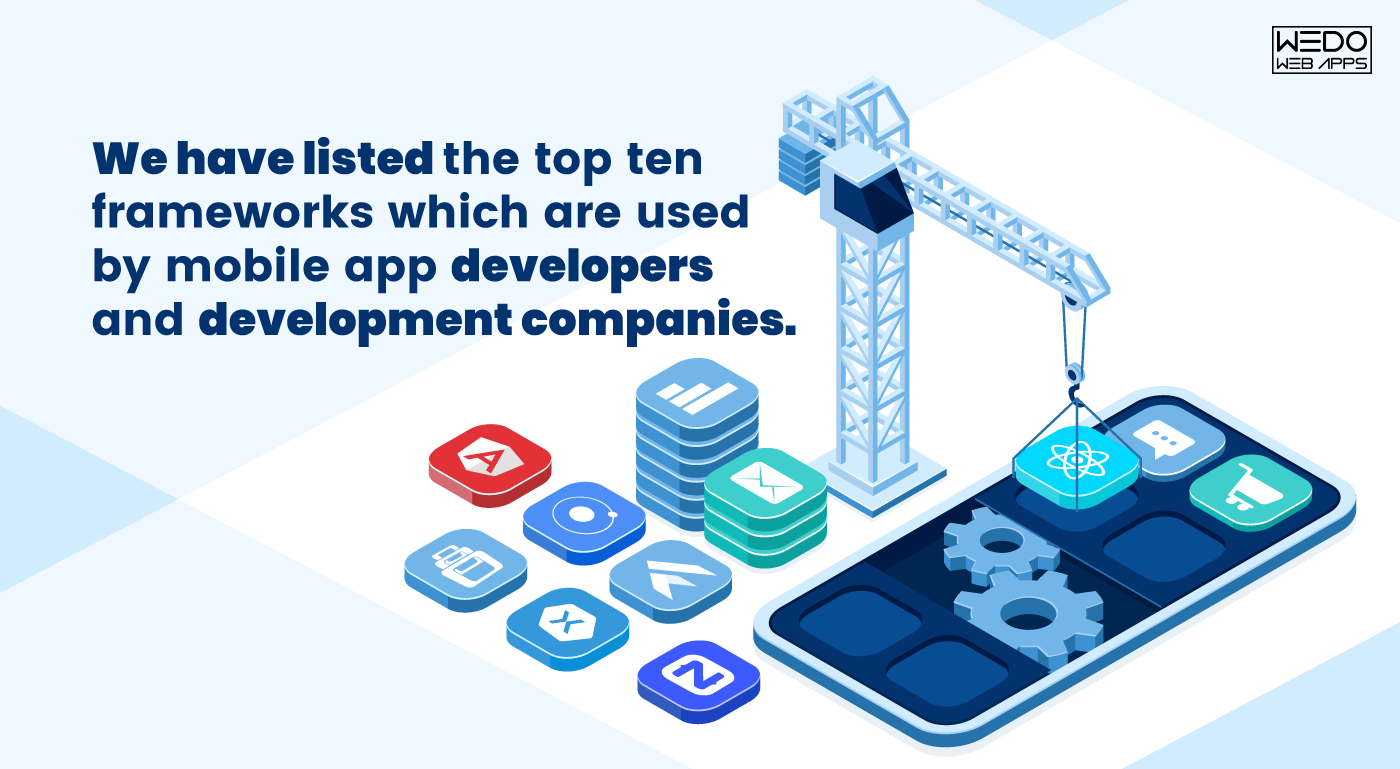 Technology has been a marvellous thing which has enabled us to accomplish so much, in every part of our lives. Through technology, we can talk over a video call; send a mail within seconds to someone who is thousands of miles away and many more such examples. The mobile app industry is a fine example of technological advancements and innovation which is immensely benefitting from the rising number of mobile phone users. Various business sectors have tapped into this massive opportunity and are upgrading their communication channels from websites to mobile applications.

Developed by the social media giant, Facebook, React Native is considered to be one of the best frameworks by mobile app developers. React and JavaScript are two languages used by the platform to build mobile applications for both Android and iOS. The open-source platform enables developers to build high-performance applications in shorter duration and create interactive UIs. React Native is famous for its framework supporting Android and iOS, its compatibility with third-party plugins and its declarative UI framework.

The most responsive open-source mobile UI framework which was introduced in 2013, has its foundation on the angular framework and Apache Cordova which lessen the learning curve. Ionic has components for both Android and iOS like badges, buttons, etc. It’s easily customizable and the apps built on the framework are compatible with Android, iOS and Windows. Ionic comes with an extensive library through which one can access APIs without having to code.

It works faster with just a single code base and runs everywhere.

The only disadvantage of Ionic is that the app needs to be modified often on the framework to keep up with the latest changes.

The main reasons developers love Corona SDK is because it is ten times faster than most of the frameworks and mainly used to build game-related apps. The free framework is supported by Lua, a lightweight programming language that offers speed, flexibility and ease of usage to develop apps. Corona SDK has been used to create apps like Angry Birds, The Lost City and many other games. The open-source development framework enables developers to create applications for both mobile and desktop moreover it supports multiple devices like iPhone, iPad, Android phones, Windows and Mac Desktops. Some of the noteworthy features of Corona SDK are its faster development time, live testing, real-time simulation and various plugins.

Acquired by the software giant, Microsoft, Xamarin offers a complete mobile development framework supported by APIs, components and adaptable backend infrastructure. Xamarin offers a superior native user interface and allows developers to build applications for Windows, iOS and Android. It has a shared codebase which means the same code can be shared of different platforms without changing the code or the language, therefore, bringing down the cost and the development time. Developers also enjoy a vast community for added support.

PhoneGap tops the lists of developers who build cross-platform apps. Earlier known as Apache Cordova it was acquired in 2011 by Adobe. Apps can be developed in JavaScript, HTML5 and CSS and support different platforms like Windows, Android, iOS, Ubuntu and Blackberry. PhoneGap assures the developer of high-quality performance along with multiple plugins and third-party tools which assist the developer in testing the application.

Developed by Google, Flutter is a powerful framework through which developers build native compiled applications for mobile, desktop and web using a single code. The portable framework allows the developer to target a wide range of users through a single code base. The open-source app building platform features fully customized widgets which help in creating native applications in a shorter duration. Alibaba, App tree, Google ads are some of the apps which have been built on the framework.

This framework is an Integrated Development Environment (IDE) through which developers build interactive, responsive, apps with plugins and web services. Developed by Intel, the framework uses several technologies like HTML5, JavaScript, Java, C++, C#, CSS, Objective –C. Some of the striking features of the framework are the live preview, testing and debugging, it supports various technologies like loT and Node.js.

JQuery Mobile is a powerful theming framework based on HTML5 and supports all operating systems like Windows, MAC, Firefox, Kindle etc. The responsive framework enables developers to build apps at a faster pace as compared to other frameworks through its simple API. JQuery Mobile is used to design mobile apps as well as websites. Moreover, the framework makes web pages interactive and user-friendly.

Best of the best applications depend on powerful frameworks therefore it’s important to first consider the various requirements and finalize the framework which suits the project. These are some of the best frameworks which are preferred by developers and over time with the evolving technology, there will be many more options to choose from

Magento 2 Migration Service – Checklist, Plan & Benefits
How much does it cost to develop an app in 2020-detailed overview?