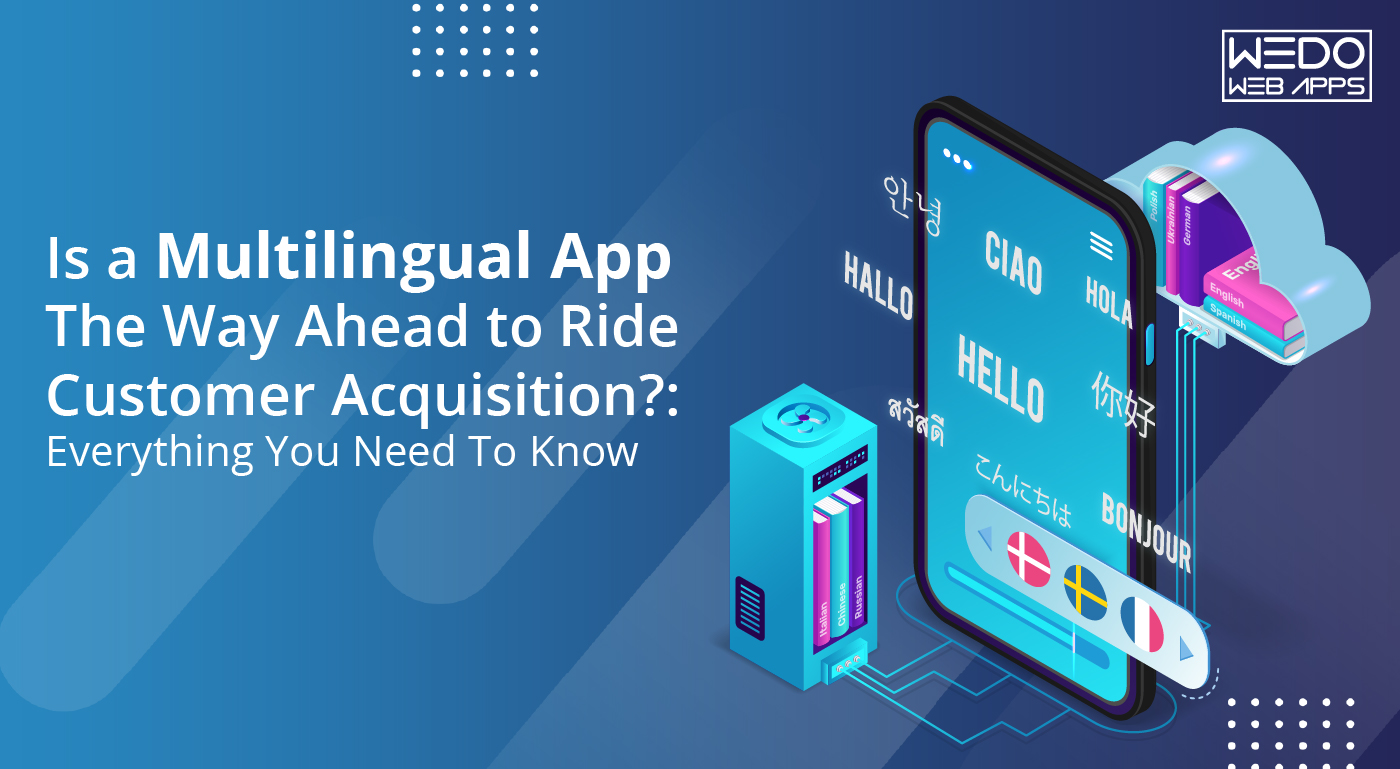 Is a Multilingual App The Way Ahead to Ride Customer Acquisition?: Everything You Need To Know

The world is a huge place, and it’s divided into regions and cultures with people speaking different languages. There are millions of languages the people speak on the earth. Talking of India alone, we have 22 official languages and more than 19,500 local languages spoken in India. Well, it might not be possible to develop an app that can inculcate all these languages of India. But there are other major languages all across the world that can be included while developing an app to ease out the efforts of users. The statistics on the internet world stats show that English is the most frequently spoken language worldwide, which Chinese, Spanish, and Arabic follow.

These days, Android app development companies are progressing towards developing applications that include multiple languages to extensively help their customers and reach out to a larger audience. While globalization occurs at a steadier and quicker pace than earlier exchange of goods and services across the world is becoming more accessible and more prominent. A device made in China can be used by a person in South Africa or vice versa. When such things happen, a common barrier may arise, which is the language barrier. This language barrier Android app developers are working diligently to develop multi-linguistic apps. Below graph shows the most common languages used on the Internet as of January 2021. 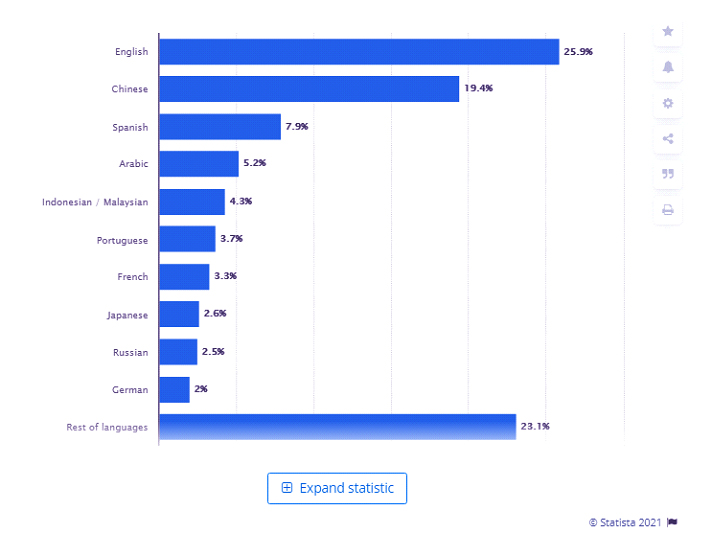 Hiring an interpreter or a translator can be a very tedious and expensive task. To clear the air, the multi-linguistic apps have come to prove as the biggest asset. These apps have brought a drastic change in the way communication occurs worldwide on the internet. The applications that have a wide variety of users all across the world can be developed in a way that supports multiple languages by the best Android development companies.

This simply means that the application should not be focused only on translating the words to the desired language but should also present an interactive and high-performance User experience to the user. The app should have all the other qualities that a general application would have.

Making an app ready for localization means the internalization of the application. Before beginning Android development, companies should focus on the process which leads to App designing. Try to follow the given approaches:

Coming to the visuals

The next step while developing a multilingual app or multi-language website is to concentrate on the visual designs of the app or site. As we know, the first impression is the last impression; the app must be appealing to the users. Failing to create a well-organized and attractive visual layout of the app can lead to all your efforts going down the Drain. The first thing that is user good notices in an application would be the visual layout and designing the app. This means that the Android development company needs to focus diligently on the part of the app that is observable to the users. 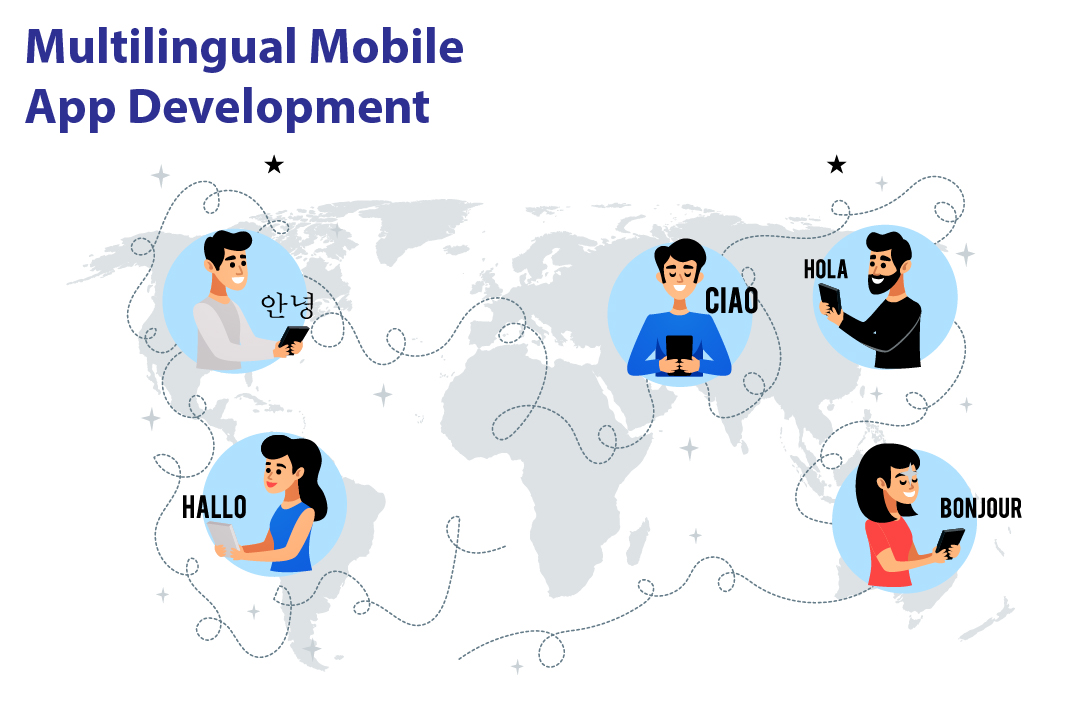 While creating the app, Android development company face certain issues, such as an apparent need to use different diction, spellings, and writing. This problem may arise because the existing layout might not support the same set of writings. This can lead to the loss of pertinence.

Indeed, to avoid this hassle, Android app developers should develop a fresh design for the multi-linguistic app.

If this solution doesn’t work, you would have to create varied layouts for the different languages.

The next most prominent step in the development of a multi-linguistic application is the process of translation. It is apparent that the development of a multilingual app consumes more time and is towards the expensive side while juxtaposing other normal apps with it. But, in today’s time, it is inevitable to resist the significance of multilingual apps. Translations are of three types typically: 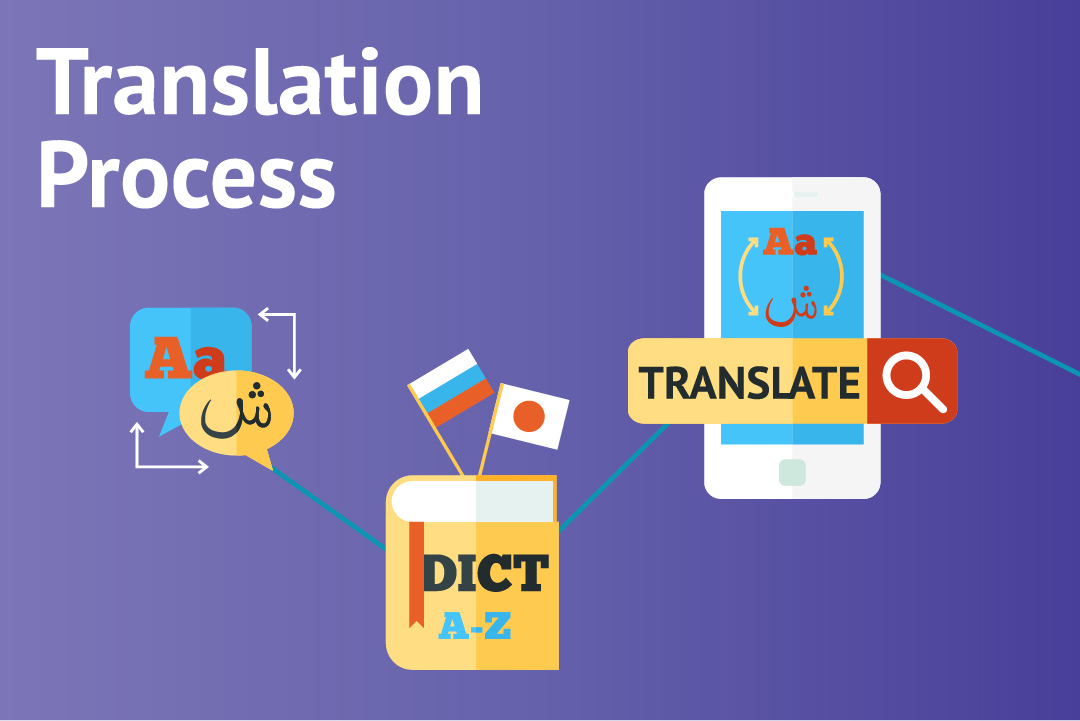 The first type is simpler and less time-consuming because of the intervention of a machine- a computer- a man’s friend. The results are sharper, shorter, and apt. Also, this category eats up less of your money.

Next up is manual translation. This is, in a way, white difficult and time-consuming as a man is put on duty. Various companies, as well as government organizations, require a translator from time to time. As is clear, a man can make mistakes. Also, expecting a human to hold all the substantial knowledge of both the languages with each aspect of grammar and written and spoken language is quite unfair. Also, it might come in as an expensive approach. The time and efforts that go into acquiring an extensive understanding of languages are enormous and will cost a big amount to the customer.

Next in line is getting the correct translation management system for your app. The main purpose of this system is to translate the stuff that you want meticulously.

Interpretation of language is a tedious as well as a long-winded task. At times, you might feel that this job is not favorable to be done alone. Thus, it is advisable to hire professionals from an android development company. This might lessen your dilemma of how to create a multi-language app in Android. You will get hands-on professionals with expertise in app development. If the translation work is getting hectic, you can send these professionals the code of the app and get back the translated version of it seamlessly.

Outsourcing has its windfalls and disadvantages. You can save money there since you do not need to employ professional translators, but it can lead to specific security issues because the work is being shared with someone else.

The final step of creating the app is testing what you have developed before it is launched out there. Double pseudo-language can be used to discover what has gone missing. Also, the local language is also to be chat so that the app is technically in the right shape. 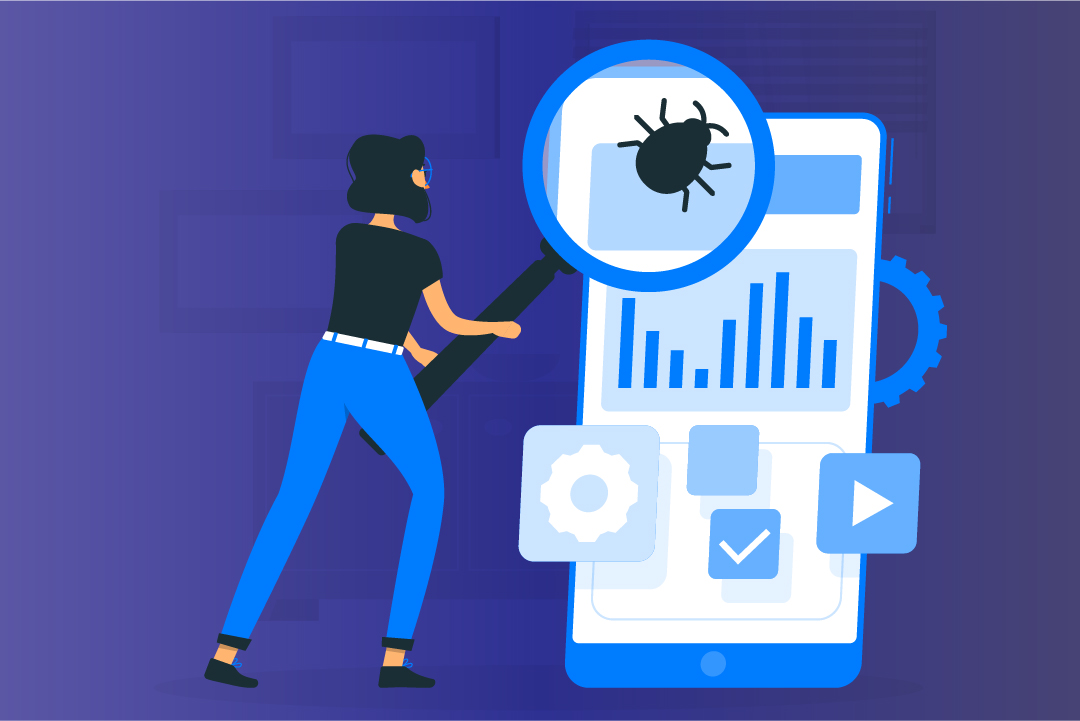 Not just this, testing is a crucial step because it’ll help you in deciphering the faults in the language. You can also make sure that the language sounds meaningful and if the entire outlook is neat and impressive or not.

While employing the TMS, you need to do the bugs testing and update the bugs additionally to the regular testing.

While the English speakers are on the top of the list, we must not forget that it is only a part of the world that speaks English. So, while developing an application, there is a need to consider the facts and data along with the extensive need for multilingual apps.

We’ve talked enough about the development of a multi-language application. Now is the time that we share the disputes with you while working on the process. Here we have listed some of the challenges that Android app developers have to encounter from time to time.

Are You Ready to Build a Multilingual App?

While there are numerous languages spoken out there, we feel he needs to connect the world through the medium of the internet and applications. Thus, to implement this sentiment, we give immense importance to the development of multilingual apps. These apps can help any business thrive by establishing a tremendous reach to the audience.

Do not skip the challenges faced in developing these apps, though. If you follow the instructions and keep track of the challenges that may arise, you would definitely enjoy the procedure of the development of your app. So, give your best shot at our android development company and skyrocket your business! 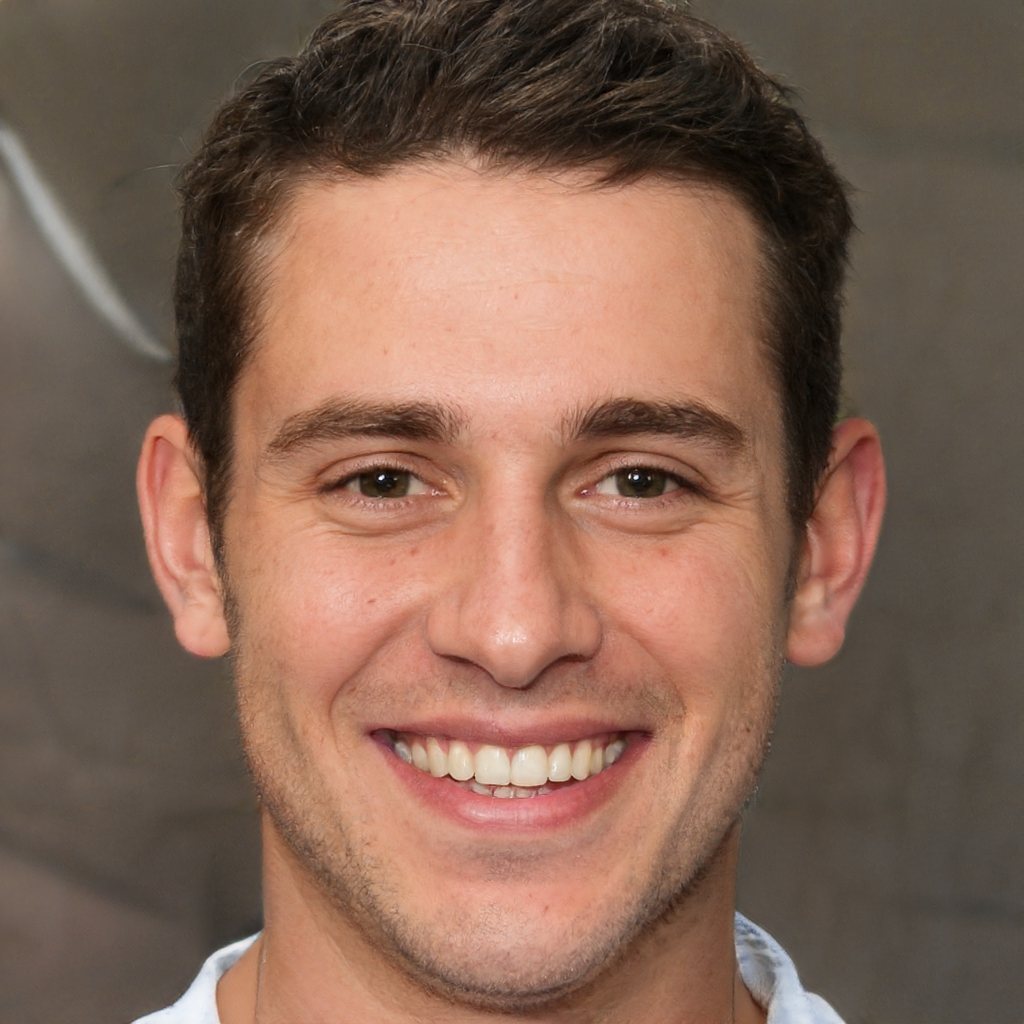 Matt is a Mobile app development specialist at WEDOWEBAPPS LLC. His ability to look through things from the client’s perspective and his detailed vision makes him a successful developer. He has a passion for writing about the latest mobile technologies.

How Applications Are Launched On Play Store: A Step by Step Guide
Know Why Android Is Preferable Platform for On-Demand App Development